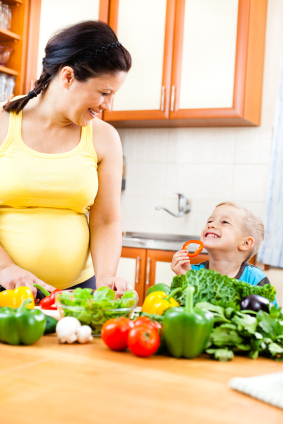 Nowadays it does not seem so audacious to entertain the idea that most chronic disease could be eradicated from the human race.

In no previous time could we consider the idea with a straight face. In earlier times we had no idea how to prevent diseases which had no known cause. Though the field of medicine had a long laundry list of disease causes among which were infectious agents, gene coding errors, stress, natal structural defects, and environmental toxins, none explained the generally slowly advancing and ever worsening diseases associated with aging.

But our view of chronic disease has changed dramatically in the last 25 years. In that short time period, chronic disease has replaced infectious disease as the primary cause of death across the globe. We have also learned that diseases come and go in relatively short periods of time.

For example, heart and blood vessels diseases deaths were virtually non-existent in the United States at the turn of the last century but by mid-century were the leading cause of death—and they remain so. About 25 years ago, David Barker, then at the University of Southampton, published a paper showing that among men in an English county cardiac death was predicted by birth weight. Smaller babies had higher risks. That study set off an explosion of thousands of studies which increasingly point to nutrition in early life as the culprit for the “diseases of aging.”

This area of study became my focus after meeting David at a small meeting in the late ‘80s and seeing his data even before it was published. I was trained in the study of development of the embryo and fetus and before meeting David had made progress in understanding the development of the heart and the function of the placenta. OHSU was the right place for me to train because of its amazing strength in the study of pregnancy, fetal physiology and placentology, with stars like Job Faber and James Metcalfe providing me mentorship. My terrific training made it possible to investigate how the early life environment changes the growth of the embryo and fetus to make it vulnerable for disease in later life.

Those investigations, and the research of others, have revealed the story of chronic disease:

All evidence points to the poor American diet over the past few generations as the leading cause of most chronic diseases. We now know the cause and how to prevent these diseases. Starting now, we can discuss their eradication with a straight face.

For more, watch this eSalud Today interview with Kent Thornburg.

Kent L. Thornburg received his PhD in developmental physiology and studied cardiovascular physiology as an NIH postdoctoral fellow at the Oregon Health & Science University.  He is currently Professor and Associate Chief for Research in the Division of Cardiovascular Medicine at OHSU, director of the Heart Research Center and interim director of the OHSU Bob and Charlee Moore Institute for Nutrition & Wellness.

Thornburg has published over 150 papers on pregnancy and fetal development. He served as editor of the journal, Placenta, as consulting editor for Pediatric Research and on the editorial board of the American Journal of Physiology. Kent Thornburg serves on advisory panels at the National Institutes of Health, the American Heart Association and the Children’s Heart Foundation and recently served as co-chair of the task force to determine the 10 year vision of the developmental origins of health and disease for the National Institute of Child Health and Human Development. He serves as a Distinguished Editor for the NIH Center for Scientific Review.