Early on in my career, I promised cancer patients and their families that I would do everything I could to find new ways to treat and prevent this complex and deadly disease.

That promise shapes my priorities, and because of it, I am compelled to act when I see a gap between our actions and our knowledge.

Skin cancer remains a highly preventable form of the disease that impacts a disproportionate number of Oregonians. Our death rate from skin cancer is the fourth highest in the nation.

What we know, with complete certainty, is that exposure to ultraviolet radiation increases an individual’s cancer risk. The use of indoor tanning devices raises a person’s chance of developing melanoma by at least 20 percent. The stakes are highest for young people. Those who start using an indoor tanning device before they turn 35 have a 75 percent higher risk of developing melanoma.

Today, the Oregon legislature took an important step by introducing House Bill 2896 that would prohibit children younger than 18 from accessing indoor tanning devices. Only two states, California and Vermont, have a similar ban.

As director of the Knight Cancer Institute at Oregon Health & Science University, I will vigorously support this legislation. There is no question in my mind that, just like cigarettes, access to tanning booths should be regulated and the statistics leave no room for doubt that our current rules aren’t good enough.

Please join me in working to ensure our children are protected from an unnecessary risk to their health and well-being. 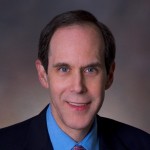 Brian Druker, M.D., director of the Knight Cancer Institute at Oregon Health & Science University, has changed the landscape of cancer research and treatment and touched millions of lives with his work.

The impact of Dr. Druker’s work, which is credited with ushering in the era of personalized cancer medicine, has been recognized with numerous honors, including the Lasker-DeBakey Award for Clinical Medical Research and the American Cancer Society’s Medal of Honor. He was named a Howard Hughes Medical Investigator in 2002 and is a member of the National Academy of Sciences and the American Academy of Arts and Sciences.