As federal budgets tighten, scientists are finding creative new ways to advocate for research funding. Earlier this year, National Institutes of Health Director Francis Collins asked researchers to tweet about how sequestration was impacting their laboratories using the hashtag #NIHSequesterImpact.

In July, the Association of American Medical Colleges launched its Research Means Hope campaign, which leverages the social media site Tumblr to raise public awareness about important health discoveries funded by taxpayer dollars. OHSU research is featured on the site alongside news from over 30 other universities and medical schools. Posts so far include:

·  Mapping the brain at rest to gain insights into pediatric neurological disorders. New research focuses on understanding the specific connectome that will help better characterize any given child with attention deficit hyperactivity disorder (ADHD) or autism, and simultaneously, many other pediatric psychiatric conditions.

· Scientists discover a new drug that could treat and prevent malaria, blocking mosquito transmission. OHSU scientists and the Portland VA Medical Center have developed a drug that may represent one of the world’s best hopes for treating and preventing malaria — a disease that kills more than one million people each year.

What does research mean to you? Send your stories, photos, and videos to research@ohsu.edu. 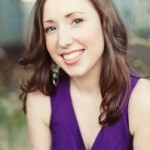