It’s one of the most common medical interventions on the planet. Each year, millions of people undergo the procedure. And it has spawned some of the most important innovations in biotechnology.

It’s angioplasty, and it all started in a small radiology suite on the 11th floor of OHSU’s Hospital 50 years ago.

The Father of Interventional Radiology 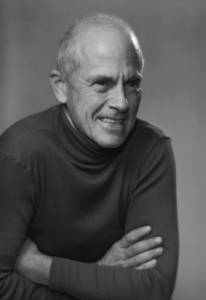 On Jan. 16, 1964, Dr. Charles T. Dotter performed the world’s first percutaneous transluminal angioplasty, a procedure in which a catheter was used to open a blocked artery with the help of a live X-ray shown on a television monitor. The procedure allowed an 83-year-old woman to keep her gangrene-infected left foot, which was nearly amputated due to a blocked artery.

Today, 50 years later, angioplasty is one of the most common procedures for opening blocked blood vessels. It is performed more than a million times each year in the United States and is used in virtually every major artery and tubular structure in the human body. More than 60 million patients worldwide have benefited from angioplasty of arteries; hundreds of millions have benefited from image-guided intervention on other organs. And all of that started on the 11th floor of the main hospital at OHSU, in a room still used today.

Although Dotter is credited with conceiving and performing the first angioplasty on an artery, his vision went far beyond blood vessels. He foresaw the use of imaging guidance and catheters to perform many different types of procedures on almost every organ in the body.

Learn more about OHSU’s Dotter Interventional Institute and what they are doing to advance Dr. Dotter’s vision and future developments in this exciting area of medicine.

One response to “Angioplasty, Discovered at OHSU, Celebrates 50 Years”