In the wake of his mother’s death from breast cancer, 21-year-old Ben Schorr discovered something: It seemed like everyone around him had their own cancer stories. What’s more, the people who shared those stories often added a dose of humor.

His improv comedy teacher at PSU, where Ben studies film and political science, joked about her diagnosis regularly. After his friend’s father had passed away after battling cancer, that friend – the “class clown,” according to Ben – dealt with the loss through humor. It was this ability to laugh in the face of cancer that inspired his latest short documentary, “Cancer and Comedy,” which features an interview with Brian Druker, M.D., director of the OHSU Knight Cancer Institute. 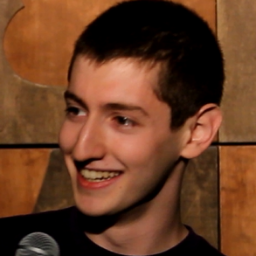 Ben took improv comedy classes a year ago to cope while his mother’s health was declining; he found out about his teacher’s diagnosis after the class ended and admired her sense of humor about the situation. It reminded Ben of the times he would joke with his own mother about her diagnosis and how frequently others he knew turned to humor in the face of the disease.

This unusual juxtaposition of bleak cancer diagnoses and humor seemed like prime fodder for a potential documentary.

He visited OHSU in September to interview Dr. Druker about the importance of humor in a field that can be rife with bad news and sad outcomes. Ben quizzed Dr. Druker about his own sense of humor, what he finds funny, how he uses humor to cope and whether humor can change how people feel. 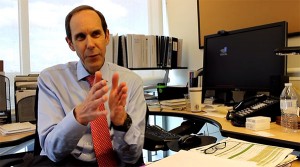 “It was interesting, seeing him from that perspective,” Ben said. “He was a very warm, nice guy. He was exactly the person my mom described, and I understand why she looked up to him so much.”

You can watch “Cancer and Comedy” on YouTube here.