Driving home from the Portland airport one night not long ago, Christina Carmichael, Bachelor of Science with a major in nursing student on the OHSU Monmouth campus, saw something strange on Interstate-5 near Albany. 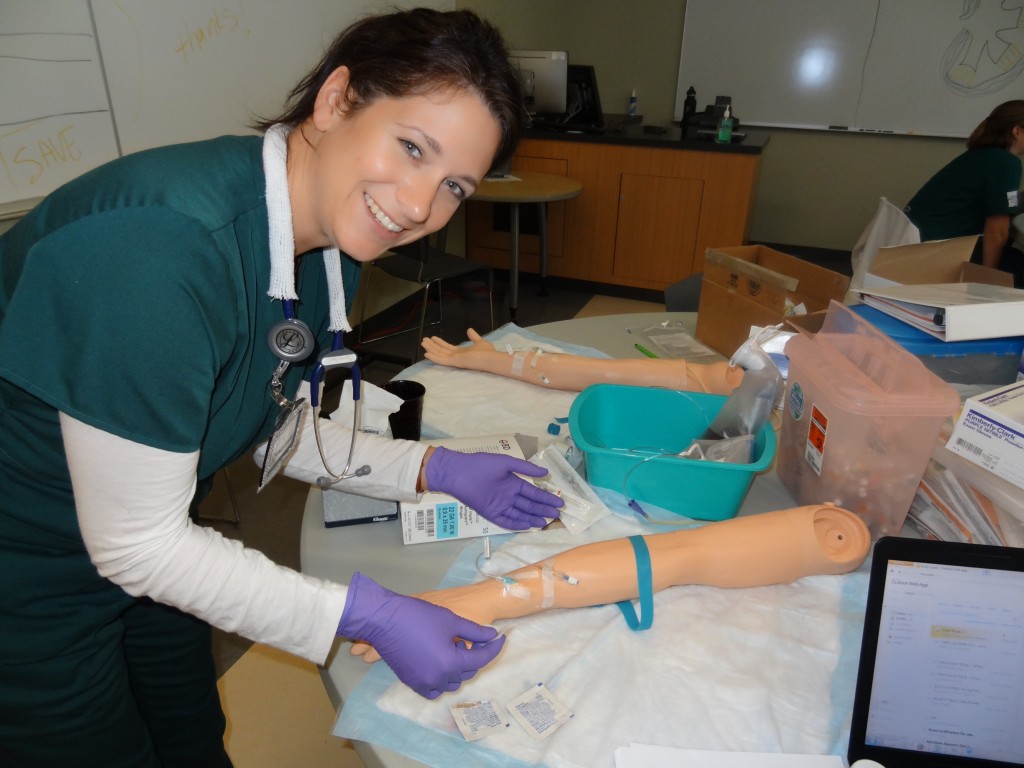 A flash of pink jacket and then a flip of dark hair popped out from behind an orange construction drum repetitively. Soon she identified it as a woman rocking back and forth.

Carmichael immediately assessed the situation and saw a young woman in need. Two motorists had already pulled over, but Carmichael also wanted to help. First she dialed 9-1-1 and reported the incident and then further assessed the scene for possible danger.

Carmichael credits her nursing education from OHSU Monmouth for training her to assess and safely implement interventions in critical situations.

Carmichael says, “The situation escalated and the woman walked onto the freeway. Headlights in the distance, officers were not going to get to her before the next car came. I had to decide if there was enough time for me to get to her or if I needed to prepare as a first responder.”

Carmichael is currently assigned to clinicals at Good Samaritan Regional Medical Center in the ICU where she cares for critical patients. “I saw the opportunity and ran to hoist her up and out of the road.” 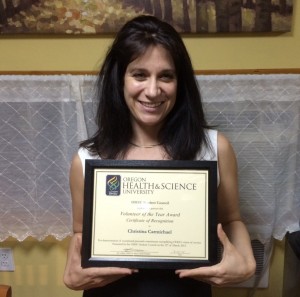 The woman was in pain and Carmichael knew that she wasn’t happy to be out of harm’s way, but refused to let her hurt herself or passers-by. Carmichael stayed with her until officers arrived.

The young woman, just 18, was not cooperative and yelled, “kill me, kill me, shoot me.” Carmichael reminded the officers that this was likely a mental health issue, a child in need.

Most people are not qualified to step in during situations like these and the best response is to call police. Carmichael had specific training to deal with issues like this.

In this case, Carmichael’s actions likely made the difference between life and death for this young woman.

The original news story can be found on the Register-Guard’s web site. And click here to read more about Christina Carmichael via OHSU’s School of Nursing. 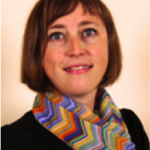 Christi Richardson-Zboralski is the Web and Communications Specialist for the OHSU School of Nursing. She manages the School’s newsletter, maintains the website and manages all social media and communications.