What happens when you get nutrition scientists and nutrition program practitioners from around the globe together?

It turns out these two groups rarely interact, resulting in both having less than a full picture of the barriers each face in implementing their work.

The OHSU Bob and Charlee Moore Institute for Nutrition & Wellness  recently hosted the International Summit on the Nutrition of Adolescent Girls and Young Women. The summit brought together 67 delegates from 17 countries.

About half of the group represented the world’s leading nutrition scientists, while the other half represented major aid organizations, donor organizations and smaller groups working to implement nutrition programs for girls and women in developing nations.

The two groups spent several days sharing what they do and learning from each other.It turns out both groups ultimately want the same outcome – a healthier global population built through a focus on the nutritional status of girls and women.

Maternal and child undernutrition is the underlying cause of some 3.5 million deaths annually and accounts for more than a third of the disease burden in children younger than five.

We know that women who are healthy and well-nourished before and during pregnancy will have healthier children, resulting in a healthier population.

After three days of discussion, debate, and sharing of much good, nutritious food the delegates found several common threads had emerged, including a need to:

While many of these ideas are not new, looking at them through the lens of nutrition and long-term population health offers a new perspective and an increased urgency to act. The delegates left with a better understanding of each other’s work, and a focus on finding ways to implement strategies discussed during their time together.

Their next steps include developing a list of specific action items and a robust consensus statement to be published later this year. They also have plans to continue their conversations and further develop their working relationships in order to overcome the barriers of implementing the latest nutrition science into culturally appropriate, accessible and feasible programs and policies.

Explore ways you can get involved at betterthefuture.org. 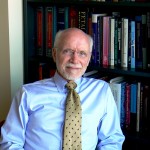 Kent Thornburg, Ph.D. is Director of the Moore Institute for Nutrition & Wellness.