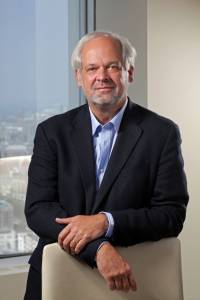 We live very differently than our ancestors did several hundred years ago – we have more food, have indoor plumbing and are generally more clean. We also hve more scientific knowledge to combat illnesses. Three hundred years ago, almost no one with a serious nut allergy lived long enough to reproduce.

Today, despite an environment in which food allergies have increased by 50 percent in just over a decade, 17 million Americans who suffer from food allergies survive, thrive and pass their genes onto the next generation.  We are living more comfortably, and we’re living longer.

Life may seem easier, but is it safer?

As we began using antibiotics, bathing and living a more sanitary lifestyle, the bacteria in our bodies changed, thus making humans much less diverse. Food is more readily available and far more processed and the rate of human obesity has nearly doubled in just the last 35 years.  The rate of autism rose 131 percent from 2001 to 2010.

Modern day advances have not only changed our lifestyle and lifespan but also how our brains operate. We process more information in a day than our ancestors did in a lifetime. What do all these things mean with regard to how humans and the rest of the planet will evolve?

Best-selling author Juan Enriquez doesn’t just believe we will evolve into a different species, but that we are evolving now. Evolution used to take thousands of years and could occur because of one minute change. Mr. Enriquez believes the number of large scale changes that have taken place in just the last few hundred years is speeding up the rate of human evolution.

Though changes like these may seem unsettling, we live in a time of tremendous opportunity: New advances in biotechnology help alleviate the cruel forces of natural selection, from saving premature babies to developing gene therapies for various health conditions.

If technology can help us control our genes, what’s next? Future generations could become great caretakers of the planet, as well as a more diverse, resilient and intelligent species – but only if we make the right choices now.

Join futurist Juan Enriquez at the Newmark Theatre on Wednesday, November 4, at 7 p.m. as he conducts a sweeping tour of how humans are changing the course of evolution – sometimes intentionally, sometimes not.