Dr. Tongue’s contributions to Oregon are profound and of lasting impact. Read about his accomplishments in this Bridges alumni magazine profile. Similarly, his support and dedication to the work of the alumni council, and his singular commitment over the past 12 months to speaking with students and alumni while battling an ultimately fatal disease, have been a profile in courage.

Dr. Tongue passed away peacefully at his beloved Oswego Lake home with his devoted wife Nancy at his side. He had persevered through eight years of sarcoma tumors. John proudly served his community as a renowned orthopedic surgeon, a champion of public safety, and an enthusiast for the natural beauty of Oregon.

John Richard Tongue, a fourth-generation Oregonian, was born in Portland on March 1, 1946 to Justice Thomas H. Tongue III and Bernice Mary Healy Tongue. John was the second of three sons. He attended Ainsworth Grade School, and pedaled a hilly newspaper route through his West Hills neighborhood. After being given a copy of “Doctor Dan the Bandage Man” by his pediatrician, Johnny decided he would be a doctor when he grew up. At age 14 he earned the rank of Eagle Scout, and graduated from Lincoln High School in 1964.

John majored in Political Science at Northwestern University in Evanston, Illinois, class of 1968, and remained a proud Wildcat for life. After graduating from Saint Louis University School of Medicine in 1972, John returned to Oregon for a surgical residency at OHSU. It was there that he fell in love with young nursing student Nancy Klein. They married March 20, 1976, and she joined him in San Francisco where he completed his orthopedic training. After two additional fellowships, John and Nancy together set up his office in the First Addition neighborhood of Lake Oswego. He later moved his practice to Tualatin and operated at Meridian Park hospital for 40 years.

John loved to ski, hike, camp, kayak, and canoe, but fly-fishing Oregon’s rivers brought him the greatest joy. He deeply valued community involvement and was a long-time member of Lake Oswego Rotary and Our Savior’s Lutheran Church. He served as the volunteer football team doctor for Lake Oswego High School for 21 years and he and Nancy led the first ever phone-a-thon fundraiser for the school district. As a father, John delighted in his three children. He made it a priority to summit Mt. Hood with each of them and took every opportunity to encourage his children to value education, service to others, family and faith. As a leader in Boy Scout Troop 12, he instilled those same values in many young men and led them on adventures throughout the wilderness of the Pacific Northwest. 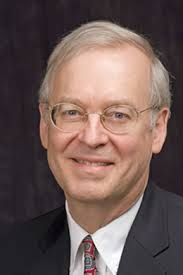 Working in the emergency room, Dr. Tongue saw first hand the devastation caused by car crashes. As a teenager, a seat belt had saved his own life. John dedicated years to passing the Oregon Safety Belt Law, the only law in the nation to be enacted by popular vote. In 1985 he was named Oregon Doctor Citizen of the Year. When he was knighted by the Royal Rosarians in 2008, it was said, “Sir Knight John R. Tongue has saved more lives of innocent Oregonians who will never know what he did for them than any other Oregonian.” Dr. Tongue continued to volunteer in the cause of traffic safety by advocating over the years for lower speed limits, and developing the graduated licensing program for new drivers.

Dr. Tongue was a leader in his profession. He pioneered the effort to improve communication between doctors and patients in orthopedics. He served as president of the American Academy of Orthopaedic Surgeons (AAOS), the world’s largest orthopedic education organization. John fulfilled his boyhood dream of traveling around the world as he and Nancy were invited to orthopedic meetings in Canada, England, Scotland, South Africa, New Zealand, Australia, China, Japan, and Costa Rica. John won countless awards for his work, including the 1991 Public Service Award from the National Highway Traffic Safety Association and the prestigious Humanitarian Award from the AAOS in 2003.

Memorial donations can be made to the Orthopaedic Research and Education Foundation or the Oswego Heritage Council.