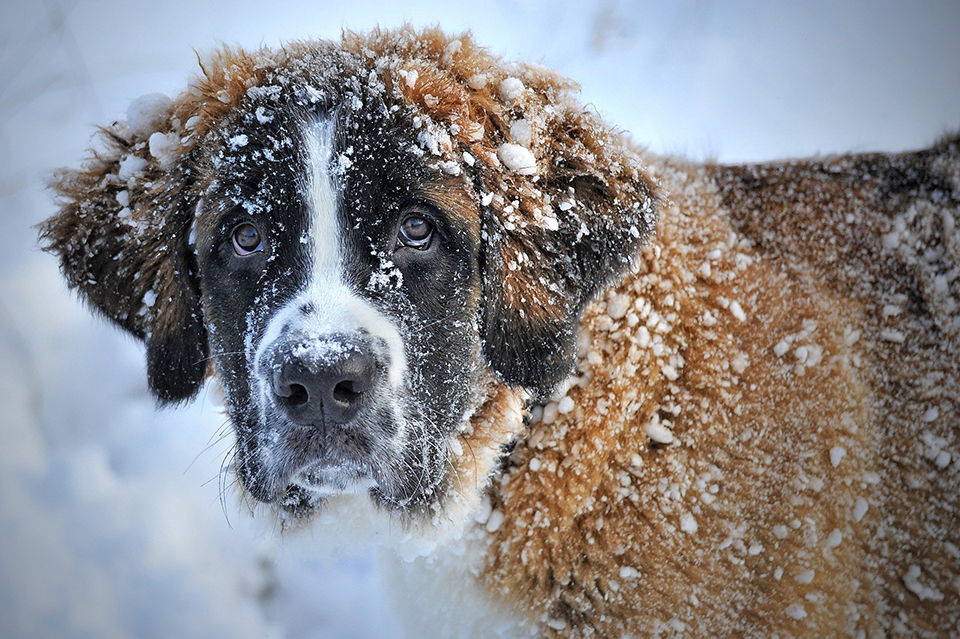 Researchers in the lab of Elaine Ostrander, Ph.D. ’87, are conducting one of the largest collaborative experiments between NIH scientists and the general public.

Her team manages more than 34,000 samples of canine DNA – all donated by dog owners from around the world – in an effort to understand the genetics and genomics of 450 dog breeds. By studying canine morphology, behaviors and susceptibility to disease, Dr. Ostrander hopes to shed light on human diseases such as prostate and breast cancer.

Why dogs? “There’s so much variation within Canis familiaris, and dogs can all get the same diseases as humans do,” she said. “Plus, it’s fun and interesting. That’s the story of my lab.”

Dr. Ostrander, a NIH Distinguished Investigator and proud mom to two teenage daughters, is a pioneer in the field of comparative genomics. She initiated the National Human Genome Research Institute’s Dog Genome Project in 1993 and, over the years, her lab mapped more than 150 dog breeds – who combined with who to make what and how DNA was transferred around – and linked numerous dog genes with their traits, including the gene that makes Great Danes and St. Bernards enormous, a gene also associated with human obesity.

Earlier this year, she was elected to the National Academy of Sciences, one of the highest honors a scientist can receive and a nod to One Health, an ascending premise in science that the health of people is connected to the health of animals and the environment.

“It’s time to embrace the whole natural world around us and learn from different organisms,” said Dr. Ostrander. “They all have something to teach us. Elephants, for example, rarely get cancer. Why is that? It’s an exciting time to be in genetics.”

Dr. Ostrander got her scientific start when a high school genetics class fired up her curiosity. At OHSU, she joined the lab of Lesley Hallick, Ph.D., former professor of microbiology and immunology, OHSU School of Medicine. There, Dr. Ostrander learned cloning techniques, DNA sequencing and the value of a collegial lab environment. She completed a postdoctoral fellowship in the lab of Harvard biochemist James Wang, Ph.D., and launched her canine genetics lab at UC Berkeley.

Today, she continues to oversee research. “I cannot retire until I understand how border collies herd,” said Dr. Ostrander, whose own beloved collie died several years ago. “They have this crouch and this intimidating Rasputin eye. I need to understand the genetics because I’m pretty sure when we figure out border collies, we’ll learn something about our own obsessive compulsive behavior.”

This story first published in the fall 2019 issue of the OHSU School of Medicine Bridges alumni magazine.