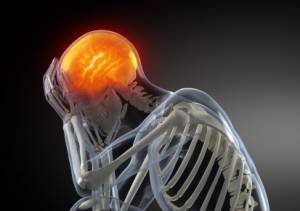 Almost all of us have experienced pain at some point in our lives, probably many times. And that is not a bad thing. Pain is often a warning that something is wrong and that we need to act to avert impending injury or allow ourselves to rest and recuperate. But sometimes pain outlasts an injury, and sometimes we have pain without any obvious injury at all. How can that be?

It turns out that our brain isn’t just a passive receiver of pain messages coming in from the body. It has active control systems that filter the pain inputs. Sometimes those filters turn pain down. Usually this is in times of extreme danger, when we need to do something critical for survival, and can’t stop to take care of relatively less important injuries.

This recently happened with a friend of mine as a wildfire was approaching his house in rural Montana. He was running around trying to get things out of the barn, and didn’t notice that he had sustained significant burns on his arms and legs. It was only several hours later that he realized he needed to go to the hospital.  What happened with my friend was that the brain’s pain-inhibiting system blocked the pain signal. Opioid pain-killers like morphine work by activating that pain-inhibiting system.

The brain’s pain control system can also make pain worse. One way that this can happen is with everyday stress. Relatively mild forms of stress (the sort of stress you might experience when being stuck in traffic, for example) activate a pain-enhancing system that can cause normal inputs to be perceived as painful. This can also happen when the body is challenged by an infection, which is why we ache all over when we have the flu or fever.

The bottom line from all of this is that a given injury can produce widely varying amounts of pain in different situations. We can’t tell how much pain a person “should” be experiencing based on their injury or what we see on an X-ray. We have to ask them.

6 responses to “How our brains control pain”