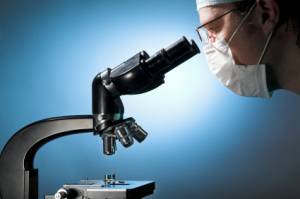 The OHSU Brain Institute has been a national leader in brain and neurology research for years. And that leadership role has been confirmed once again by a new analysis of federal research funding to U.S. medical schools for 2012.

The Blue Ridge Institute for Medical Research, a non-profit group based in North Carolina, ranked OHSU fifth in the nation in total research grants in the neurosciences awarded by the National Institutes of Health (NIH) in 2012.

OHSU was in the top two institutions on the West Coast, after the University of California at San Diego.

Blue Ridge also ranked OHSU highly in both the neurology and neurosurgery areas. Each area was ranked 14th in the nation.

Independent assessments like Blue Ridge’s provide a useful, though not definitive, measurement of how the school fits into the nation’s overall biomedical research picture.

Our ranking represents more than simply dollars and research accomplishments. It highlights our work in striving to learn as much as we can about the brain and neurological diseases, from Alzheimer’s and Parkinson’s to stroke and multiple sclerosis and a range of other disorders. And all that learning gets transferred — every day — into cutting edge treatment for our patients.

Because that, of course, is what our work and knowledge are focused on: finding ways to better treat our patients today — and maybe cure them tomorrow.