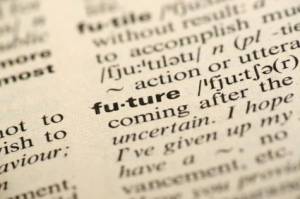 What if we could predict who would one day go on to develop Alzheimer’s disease?

There is no definitive test for Alzheimer’s disease. Neurologists and others who specialize in treating dementia are very accurate in diagnosing Alzheimer’s disease once symptoms have begun. Memory or other thinking problems and performance on different kinds of cognitive tests give a good indication of whether someone has dementia or another condition that can cause memory problems. Once a diagnosis of Alzheimer’s disease or other dementia is made, treatment and family planning can begin.

There has been a lot of recent research into tests that might be able to diagnose very early Alzheimer disease or even predict who might one day develop the disease. This research is still unproven, but many see promise in it.  If we could develop a test for Alzheimer’s disease before symptoms emerge, maybe we could identify better treatments for those who go on to develop the disease. And maybe we could help find ways to prevent Alzheimer’s disease from developing in the first place.

One way to test for amyloid is through the use of a very specialized brain scan. The Food and Drug Administration recently approved a compound called florbetapir that can “tag” amyloid while a patient undergoes a PET scan. This is an exciting new technology, but still largely unproven. It is not clear that everyone who is found to have amyloid on such a scan has Alzheimer’s disease or will even go on to develop it one day.

This raises some important questions. Who should get this test and who shouldn’t? When would this test be most useful? What does a “positive” test tell us about future risk of Alzheimer’s disease?

A recent survey by myself and other researchers at OHSU’s Brain Institute asked dementia specialists from around the country these sorts of questions. The survey found that specialists were optimistic that this test for amyloid could help diagnose early Alzheimer’s disease and maybe even predict future disease. But they were also concerned that results might be misunderstood. Physicians need to counsel patients on the meaning of amyloid testing before patients undergo it.