The recent shootings at the Clackamas Town Center mall and then at the elementary school in Newtown, Conn., made me think about emotional distress, and the ways in which it mirrors physical pain. When we talk about emotional suffering, it is almost impossible to avoid pain-related words. We say: “She hurt my feelings.” Or: “He broke her heart.” This is not just an idiosyncrasy of the English language; a similar pattern has been documented in a host of languages.

Why do we do this? Why this apparent conflation of physical pain and emotional distress? It turns out that the neural circuits important for emotional distress — feelings of social isolation, grief, jealousy, and shame — have much in common with those responsible for pain following physical injury. 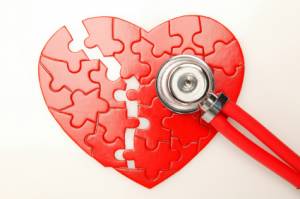 For example, imaging studies show that the areas of the brain that “light up” when an experimental subject is made to feel “left out” by other players in a computer game coincide with those activated by a physical pain stimulus. A similar pattern is seen if subjects are asked to remember breaking up with a romantic partner.

The overlap is strongest in those parts of the brain thought to be important in the suffering or “avoidance” aspect of physical pain. This idea that physical and emotional pain have parallel underpinnings in the brain makes sense if we think of the importance of relationships with other people for a social species such as ourselves. For example, an infant or child abandoned by his or her parents is unlikely to flourish, and may not survive. In evolutionary terms, isolation and loss of social relationships could hamper survival and reduce fitness just as much as physical injury.

This parallel processing of emotional and physical pain has some concrete implications. One prediction is that individuals who are more susceptible to development of chronic pain are also relatively sensitive to social pain. There is some evidence to support this idea, in patients and in the lab. For example, experimental subjects who were more sensitive to heat pain were also found to be more distressed when excluded from a virtual ball game. Another prediction is that an individual’s social environment will influence his or her sensitivity to pain, and could even contribute to or protect from chronic pain.

Consistent with this, there is evidence that social loss (such as the death of a spouse) sometimes exacerbates chronic pain. On the other hand, social support may reduce pain. For example, the presence of a doula (a non-medical person who helps in childbirth) has been shown in some studies to reduce the need for pain medications for women in labor. The importance of the social environment for pain, especially chronic pain, is one of the reasons that the most successful approaches to pain management are multidisciplinary, and involve specialists in psychology as well as physical medicine.