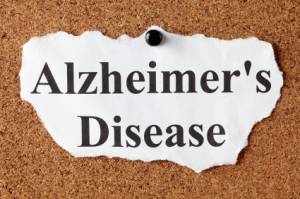 Patients and their family members have been bringing me clippings from that famous medical journal, “The Wall Street Journal,” asking me if it’s true that Alzheimer’s research is now focused on something called “tau.”

As I wrote in an earlier blog post, the leading hypothesis until very recently was that “amyloid,” the stuff in the brain plaques in Alzheimer’s, was the cause of the disease due to toxic effects on brain cells. I also noted previously that some studies completed last summer showed that although some drugs did reduce the amount of amyloid in the brain, the patients did not benefit clinically. There have been a variety of reactions to those findings, but one reaction has been to try to find an alternative “therapeutic target.”

When Dr. Alzheimer looked through his microscope at that first patient’s brain 100 years ago, he saw both plaques (made of amyloid, a protein) and tangles (made of tau, a different protein) in the brain tissue. All along there have been scientists who have promoted the “tau hypothesis,” suggesting that aggregated forms of tau in the tangles are toxic to the brain and more relevant to Alzheimer’s disease than amyloid.

So the “news” in the Wall Street Journal is not actually news, but the trend is a new one and a real one. There is one “anti-tau” therapy that is being tested in later-stage clinical trials. But most other therapies that might fight the tau aren’t yet being tested in humans. In fact, my lab is shifting its emphasis from amyloid to tau as a “therapeutic target” and we are hopeful that this will be a more fruitful target of therapy.

Continue to follow this blog to learn more about our research into tau-targeted therapies.

2 responses to “Is ‘tau’ the new front line in the Alzheimer’s fight?”