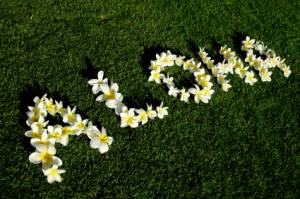 Every February, healthcare providers and researchers from all over the world meet for the American Stroke Association’s annual International Stroke Conference. This year the conference was hosted in Honolulu, Hawaii and I was honored to attend and present three of my own papers on stroke.

The conference was huge. There were so many interesting topics covered simultaneously that I ended up having to read about some of them afterwards. But there were a few things I thought our audience might find interesting.

One of the main topics of the conference was whether emergent blood clot retrieval through mechanical means was a beneficial treatment in acute stroke. This is a highly debated topic, and many centers, including the OHSU’s Oregon Stroke Center, do perform this procedure, as it is still considered a standard of care at advanced stroke centers. I won’t get into the details of the studies, because that will get into pages of discussion.

There were many other interesting tidbits of information that I picked up from the conference. There was a study from New Zealand that suggests that cannabis use or a lifestyle that includes cannabis use may double your stroke risk. Another study showed that the “Southern diet” — packed with fatty, fried, salty and sugary foods — also increases stroke risk. I guess people should think twice before having the deep fried snickers bars sold at the fairs. More importantly, don’t use cannabis then eat fried chicken.

The one study that really influenced me during my attendance at the conference was called the EMBRACE study. It is a study that was done in Canada looking at patients with cryptogenic stroke. Cryptogenic stroke is a fancy term meaning “we did a stroke evaluation and still don’t know what caused your stroke.” Up to 30 percent of strokes are cryptogenic. Atrial fibrillation, which is an irregular heart rhythm, is a significant risk factor for stroke, and it often occurs silently as it comes and goes. Many people can have normal heart rhythms the majority of the time, but then briefly go into atrial fibrillation. So it’s possible that it’s missed when a patient is seen at the doctor’s office.

Therefore, if this arrhythmia is suspected, patients are often sent home with a rhythm-monitoring device for up to 30 days. More commonly, it’s done for only two days.

This study showed that one in six patients older than 55 with a cryptogenic stroke or transient ischemic attack – not a stroke but an episode where blood flow to a part of the brain stops briefly — had previously undiagnosed atrial fibrillation that was only identified after wearing a 30-day event monitor. This basically showed that the two-day monitor that we commonly use is not good enough, and some patients need longer monitoring.