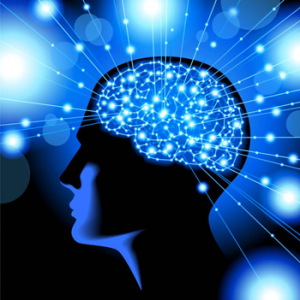 Functional neurosurgery is surgery intended to improve brain function.  These procedures have been applied to the treatment of pain, movement disorders, epilepsy, and behavioral disorders.

In the past, the techniques were mostly targeted destruction of brain tissue or pathways. In very specific areas, destroying brain tissue could actually help — by decreasing a person’s tremors from movement disorders, for instance. Now with deep brain stimulation technology, these techniques are being replaced by reversible, and non-damaging approaches.

Stereotaxis is the method we use to direct surgery to discrete points in the brain. Literally it means “touching a point in space.” Effectively, with stereotactic neurosurgery, we consider a brain in three dimensions and assign a specific “address” for every point within that brain.

In 1946, the technique of stereotactic neurosurgery was applied to patients, having been used in animals almost 30 years previously. In the first years, operations were conducted in patients with Parkinson’s disease, pain, and “emotional disorders.”

Stereotaxis opened up a new field of neurosurgery, which thrived for more than 20 years, mostly for the treatment of movement disorders in Parkinson’s and in other conditions. During this time, all of the commonly performed operations were designed to produce a small area of damage in a highly precise area of the brain — damage that could then diminish symptoms of movement disorders. In the late 1960s, when levodopa was discovered as a drug treatment for Parkinson’s disease, stereotactic surgery almost disappeared, except in a few centers. It took about 20 more years for neurologists to realize that levodopa did not cure Parkinson’s disease, and that it had a number of toxic effects.

In the mid-1970s, a new type of surgery was developed: deep brain stimulation, or DBS. These systems were fashioned after heart pacemakers. And, as for the heart, the systems required implantation of a wire electrode in the brain and a generator to power the electrode. This was a new technology that seemed to be able to influence brain function reversibly, without damaging the brain. Because it was reversible, it could also be tested by a trial of stimulation before actually implanting a full system. DBS was used to try to control chronic pain, and although initially it appeared to work, experience over the next decade was not promising, and it fell into disuse.

By the mid-1980s, a new application of DBS came to the forefront: for movement disorders. Based on the targets of earlier destructive operations, and the concept that stimulation at these brain sites would have positive effects in patients with Parkinson’s disease and tremor, the field of DBS was reborn.

Over the next 20 years, DBS technology would be proven to be superior to the best medical therapy available in advanced Parkinson’s disease, and for the treatment of severe familial tremors. It is now a standard and widely accepted treatment for these disorders, and has almost completely replaced the historic destructive approaches.

Today, new applications for DBS are being considered and tested, and more sophisticated ways of implanting the electrodes are emerging. DBS is being tested for a number of conditions, including refractory depression, obsessive-compulsive disorders and epilepsy. These clinical trials are in process, and the results of these investigations should be available in the next year or two. If DBS helps any one of these diagnoses, it will dramatically change its treatment.

Other possible applications of DBS are being considered and preliminary studies for Alzheimer’s disease, and even severe obesity, have been conducted. The impact of effective surgery for either of these two conditions would have enormous financial implications in the next several decades, with potential health care savings measured in the hundreds of billions of dollars.

The advent of DBS technology poses the bioethical question of whether our ability to modify brain function should be uncritically applied to medical and behavioral disorders. To state it another way: “Just because we can do it, should we do it?” This will be a quandary for society, the legal system and our future health care systems to debate.

My hope is that this will serve as an introduction to my presentation, and that we can continue this discussion on the blog long after the lecture.