I hear this question regularly from patients who want to try the latest “breakthrough” in Alzheimer’s research featured on television or YouTube.  These are typically things that either have been tested in animals with no human studies or things that have been tested haphazardly in small numbers of patients and then vigorously hyped.

For example, curcumin is a component of curry that has been tested in animals, with a single small negative study in human subjects, but is well publicized and recommended in the lay media. Bexarotene is a drug approved for skin cancer that showed impressive results in animals and is now in human testing. 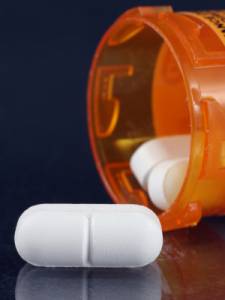 A videotape of a single Alzheimer’s patient using coconut oil went viral and has everyone asking about it. A report of a single patient with a great response to the spinal injection of Enbrel has also been widely disseminated, with some physicians wondering if we should be trying this. Intravenous immunoblobulin, or IVIG — a product derived from blood — has been tested in an encouraging study in 36 patients, but it will really take the results of a larger study (which will be reported this summer) to know whether it can really be recommended.

In each case, the drug is currently available, either as an approved supplement or as a drug which is Food and Drug Administration-approved for other indications. So there is a temptation to try it without real proof that it is effective for Alzheimer’s: “What do I have to lose?”

In the case of curcumin and coconut oil, the answer is: “nothing.” I don’t push these treatments. But if my patients ask about them, I tell them: “Go ahead, give it a try.” I wish I could say that they come back with glowing reports, but sadly I have not heard much encouraging news.

My response is very different when I’m asked about Enbrel, IVIG, or bexarotene. In each of these cases, there is the possibility of significant side effects. Each of these requires a doctor and a prescription, and in the absence of good evidence in human subjects, I do not prescribe them.

Even for patients with Alzheimer’s, there is a lot to lose. Our patients have the capacity for a good quality of life for many years after diagnosis, and we can and should promote sensible, simple measures for improving quality of life rather than promote desperate attempts with real risks.