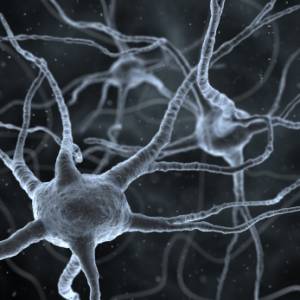 Many neuroscientists will tell you that nerve cells in the brain (called neurons) are the most important part of the nervous system. They are, after all, the primary cells of the nervous system, responsible for conducting electrical currents to encode and process our senses, thoughts, memories and emotions.

But there is a growing contingent of neuroscientists who study other brain cells called glia, named for the Greek word for glue. For much of the last century of neuroscience research, glia were second-class citizens to neurons, thought of simply as brain “glue” — a structural support system for neurons. That opinion has been changing in the last 20 years or so. Neuroscientists have discovered that these cells are essential for brain development, proper metabolic brain function, neuronal health, and now, perhaps, for intelligence itself.

Last month, scientists at the University of Rochester in New York published exciting new data that human glial cells could be at least partly responsible for advanced intelligence in humans, compared to lower species. The researchers transplanted human glial stem cells directly into the brains of young mice, a technique that may sound like science fiction but that is actually fairly common in neuroscience research. When these mice reached adulthood, their brains contained mouse neurons and human glial cells. Compared to ‘control’ mice that had mouse neurons and mouse glial cells, the mice with human glia performed better in behavioral learning and memory tasks, and their neurons were able to encode and process information faster and more efficiently. In short, the mice that had human glial cells in their brains were “smarter.”

While this is particularly exciting for neuroscientists who study glia, all of neuroscience has a lot to gain from these new findings. Not only does this work suggest a much deeper connection and complex interaction between neurons and the billions of non-neuronal cells in your brain; it also may provide a clue to advanced intelligence in humans compared to mice.

Personally, these new insights have changed the way I think about my own research. My research focuses on Parkinson’s disease, which is thought to be a purely neuronal disease. In light of these data on the impact of human glia on learning and memory, I can’t help but wonder if glial cells have a more important role in many other neuronal processes, including neuronal health and survival in Parkinson’s. We still have much to discover about the brain, and no doubt glial cells will continue to take the spotlight as we move forward as a field.