Physicians and researchers have some pretty amazing ways of peering inside the human brain.

And some of those methods — and what they might show us — have been in the news a lot lately.

A couple of neurosurgeons at Boston University, who have studied former NFL football players and others who have received repeated hits to the head, say that the brain of alleged Boston bomber Tamerlan Tsarnaev should be studied in a special autopsy procedure. Tsarnaev, who along with his brother is suspected to have planted bombs near the finish line of the April 15 Boston Marathon, was later killed in a shootout with police. 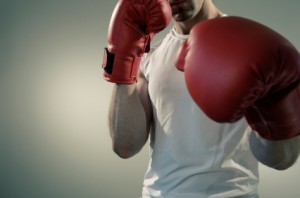 The Boston neurosurgeons’ previous research has found that people who sustain repeated hits to the head can develop a brain disease called chronic traumatic encephalopathy, or CTE. The disease can lead to depression, aberrant behavior, emotional instability and lack of impulse control, the researchers say. Tsarnaev was a former amateur boxer.

The researchers say they don’t necessarily believe CTE caused Tsarnaev’s behavior in the bombing, but believe his brain still should be studied.

Meanwhile, brain researchers led by New Mexico neuroscientist Kent Kiehl have published a study suggesting that brain scans of convicted felons can predict which of them are most likely to get arrested after they get out of prison.

The study tested the impulse control of a group of 96 male prison inmates and found that those with low impulse control were roughly twice as likely to get re-arrested after they were released from prison.

And finally, two physicians who were parents of one of the children killed in the Connecticut school shooting last December have formed a foundation that will fund brain research into the possible underpinnings of violent behavior. The Avielle Foundation, which will be guided by three internationally known brain researchers, is named for first-grader Avielle Richman, who was among the 20 children and six adults killed in the Dec. 14, 2012, shooting in Newtown, Conn.

And … neuroscientists are also finding ways to explore less tragic issues. In other words, beer.

Neuroscientists have just published a study that found that just a tiny taste of beer makes us — or at least men — want more. The study found that just a swig of beer — not nearly enough to cause intoxication — prompted the release of the neurotransmitter dopamine in the reward centers of male brains. The taste induced the brain to want more of that taste. Researchers say the results may suggest one mechanism for increased alcoholism risk.

One response to “Violence in the brain? And beer …”