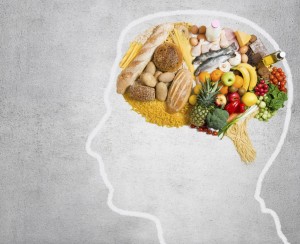 The boy’s mom dished out this unassailable logic at the dinner table along with the lima beans. What boy wouldn’t want to grow up “strong” and “smart?” And eating the dreaded lima beans surely must be good for you … why else would someone eat them?  But the boy became a young man and forgot his Mom’s dinner table wisdom.

Fast forward to the early 1980s and the young man is a neurologist studying multiple sclerosis, or MS. He knows about an elderly Portland neurologist named Dr. Roy Swank — who had been head of the Department of Neurology at OHSU for two decades — who has been treating MS with a low-fat diet since the year the young man was born. Surely this makes no sense. MS is an autoimmune disease that damages the insulating material of the brain and spinal cord. How could a low-fat diet help the immune system or protect the brain?

So he dives into learning about immunology, conducting research on how to control a rogue immune system and begins caring for people with MS. He looks forward to the day when he can treat his MS patients with drugs that can control their MS. His patients ask him about the Swank diet and he tells them a low-fat diet would help their hearts but probably won’t help their MS.

Fast forward to 1993. The young neurologist is now middle aged and the first drug for treating MS, beta interferon, is Food and Drug Administration approved. It is the first of seven classes of drugs that will receive FDA approval for treating MS over the next 20 years. All of the drugs modify the immune system. The middle-aged neurologist uses these drugs and sees that many of his patients do better. They have to deal with side effects and the medications are expensive but what he had dreamed about when he started his career is coming true. His patients still ask him about diet therapy and he recommends following a low-fat diet. “You will be healthier if you do so. Now here is your prescription.”

Fast forward to 2013. The neurologist is still middle aged — people are living longer after all. But he notices that, despite his armamentarium of drugs, not all of his patients want to take them. And even those who do take them want to do more. They ask him for guidance on diet. He tells them they should follow a low-fat diet because it will make their immune system and brains healthier. He recommends Dr. Roy Swank’s MS diet book, or to follow Dr. John McDougall’s low-fat vegan diet. He even helps organize programs for people with MS to find out how to eat right, exercise and manage stress. “Do this and it will help your MS,” he advises his patients.

First, the neurologist realized that the medications he was prescribing were helpful but weren’t enough. “Life style medicine” was needed — not just expensive, sometime toxic, medications.

Second, more and more scientific evidence began to accumulate indicating that obesity, smoking, lack of exercise, high blood pressure and diabetes made MS worse. And they made the immune system unbalanced and were bad for the brain. He also realized that adding more medications was not the right answer. Following a healthy diet, exercising, avoiding harmful habits and managing stress were a much more sensible approach. In addition, these approaches to a healthier life were being advocated for reducing the risk of developing a number of neurologic diseases, including stroke and dementia.

So eat your vegetables. Get off the couch and exercise. Don’t smoke. You want a healthy brain, don’t you!

3 responses to “A Healthy Body Makes for a Healthy Brain”