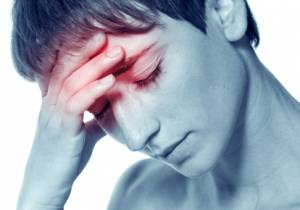 “I have a pounding headache!”

We’ve all heard that lament – from a friend or family member, and very likely felt one ourselves. That throbbing, pounding head pain that makes it hard to think, much less do everything we need to do.

According to surveys, more than 10 percent of the U.S. population suffers from migraine headaches. Women are more frequent sufferers than men, with up to 25 percent of women experiencing migraines, but less than 10 percent of men. Migraines often have a range of symptoms, including nausea, light sensitivity, and a visual disturbance called an “aura.” But the predominant and common symptom among almost all migraine sufferers is headache pain. Available treatments for migraine pain leave much to be desired. Relief is rarely complete, and most patients have to try several drugs before finding one that is at least partially effective.

Plus, the treatments themselves can cause headaches! This phenomenon, referred to as “medication overuse headache” or MOH, is very common. As the individual takes his or her headache medicine more and more frequently, the medicine itself causes more and more headaches, a painful vicious cycle that can be broken only by stopping all drug treatment. MOH can be triggered even by over-the-counter agents like aspirin.

So what causes headaches? Migraines have long been referred to by doctors as “neurovascular” headaches, because the pain had been thought to arise from distension of the blood vessels in the head. This theory was based in part on the pulsing character of the pain, which was attributed to stretching of the vessels as the heart beats. In addition, although the brain itself lacks pain sensors, patients undergoing brain surgery reported pain when vessels inside the head were stimulated. Further bolstering this idea, many of the drugs that have been used for migraine treatment can constrict blood vessels, and some drugs that dilate blood vessels can cause headaches, at least in some people.

However, this idea of blood vessels as the source of headache has recently been viewed with increasing skepticism by headache researchers. Not all effective anti-migraine agents constrict blood vessels in the head, and evidence that blood vessels were dilated during migraine was weak at best. On top of this, a couple of recent studies have found that the throbbing pain of the migraine is not in synch with the heartbeat.

With the demise of the blood vessel theory, we are now starting to recognize that migraine is a disorder of the brain itself. The throbbing character of migraine pain was recently found to be correlated with certain brain waves, the so-called “alpha” waves, although this has so far been studied only in one patient. There are also a whole host of migraine triggers, ranging from foods to hormones, to light and stress. The tremendous variety of stimuli that can trigger a migraine implies that there are many brain systems that feed into the pathways that ultimately give rise to headache. We also know that people with migraine can be more sensitive to many sensations, even between migraine attacks.  This implies that the “migraine brain” is more alert and poised to respond to any input. We also know from animal studies that the pain-facilitating system in the brain contributes to headache-related pain. (See my earlier blog post about how your brain controls pain.)

What does all of this mean for migraine sufferers? The demise of the blood vessel theory is important, because it tells us that we should focus our attention on the brain itself when trying to help migraine patients. The fact that the source of the pain is the brain also means patients and their doctors should consider the full range of factors that can trigger pain in a “migraine brain” — things like diet, stress, exercise, hormones, or even just bright light.

Finally, without adequate treatment, occasional migraines can become more and more frequent, due to changes in the brain itself. This makes it important to seek treatment — if necessary from a headache specialist — to control migraines before they become a chronic daily event.

2 responses to “What causes a migraine?”