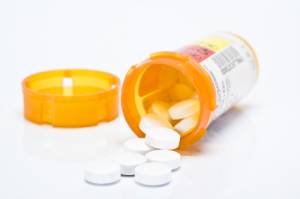 I have been treating people with multiple sclerosis, or MS, for 30 years. While some people with MS have a very mild case — we call that “benign” MS — most do not.  Typically, people develop the illness as young adults and have to contend with the illness for decades. Untreated, over time, most people with MS become permanently disabled. Many lose the ability to walk, become too disabled to work, have thinking problems and a host of other physical, psychological and social problems that result from the illness.

I don’t like MS and am tired of seeing people’s lives limited by the illness.

For the first 10 years of my career, I had no medications that I could prescribe to control MS. But in 1993, the first drug that could alter the course of the disease was approved by the Food and Drug Administration for treating early MS. Now there are 10 FDA-approved drugs for treating MS. None of these drugs cures the illness and none reverses damage that has already happened. They do control the illness and I have no doubt that they help people with MS, particularly if started early. I see far fewer people with MS becoming disabled than I did during the first 10 years of my career when we had no medications. These medications clearly are beneficial to people with MS when used properly.

The MS medications have side effects, and sometimes these are very serious. Some require injecting yourself one or more times a week. Some suppress the immune system, which may cause long-term side effects. However, when used properly, people with MS can take these medications safely and the treatments are definitely better than the illness.

How drug prices for medications are set is a secret. The usual answer from the pharmaceutical companies is that it costs lots of money to develop the drugs and get final FDA approval. But that is only part of the answer. The cost of developing the drugs first released by the FDA for treating MS — Betaseron, Avonex and Copaxone — have long since been recovered, yet the price of these drugs keeps going up. When these drugs were first introduced in the mid-1990s, their cost was about $15,000 a year.  They now cost more than $40,000. Had their cost just kept up with inflation, they should cost half that amount.

What about competition? Shouldn’t that be bringing the prices down? Well, just the opposite has occurred. In the past few years, each new drug that has come on the market has had a higher price than already approved drugs and this has resulted in prices for all the drugs going up. In 2010, when the first oral drug for MS — Gilenya  — was released, it cost more than any other MS drug, at $48,000 a year. This led to increases of all of the older drugs by as much as 39 percent.. And the prices have only continued to rise. It seems that the pharmaceutical companies making these drugs are charging more and more because they can get away with it.

All of the pharmaceutical companies have programs to reduce the impact of these costs for patients. For those with private insurance, the companies have co-pay caps. For the uninsured and underinsured, they provide drugs at reduced cost or even free. Unfortunately, people on Medicare are not eligible for these programs, which affects not only older patients but also younger patients who have become disabled and qualify for Social Security Disability and Medicare.

Is there anything that we can do about these high costs? Patients, doctors and national organizations, like the National MS Society, need to speak out about the cost of these drugs. The NMSS has created a toolkit to help people engage the media or public officials on policies and programs that impact people living with multiple sclerosis. Engaging in these issues has never been easier — all you need is a computer with Internet access. For many with MS who are unable to leave home, such a toolkit can serve as their platform — whether they start a petition, join a patient group, blog about the desire for affordable medication or write their member of Congress.

Physicians need to speak out too. Oncologists at Memorial Sloan-Kettering Cancer  Center recently refused to prescribe a new cancer drug because it was too expensive and not superior to other less expensive drugs. Recently, more than 100 oncologists —  including the OHSU Knight Cancer Institute’s Brian Druker — published a paper in the journal Blood, which is the journal for the American Society for Hematology. They argued that the cost of medications for cancer were often too high and that the high prices may be harming patients. Neurologists need to take a similar position with regard to medications for MS and other expensive medications for neurologic diseases.

We have made significant advances in treating MS over the past 20 years but we need to work together to break down barriers to care, improve access to quality health services and support funding for more MS research.  With your help and voice, we can turn MS issues, like more affordable treatments, into national priorities.