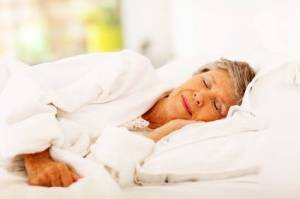 You wake on Saturday morning, drag your body out of bed and survey your home. You had entertained houseguests the night before, and it shows. Friends and family had filled your home, loud voices and much conversation echoed within your walls and everyone went home much later than you had planned. And now it is time to pay the piper. A full Saturday’s worth of dishwashing, floor scrubbing and shelf wiping stares you back in the face.

Such is our common experience, something each of us can likely relate to. New research, however, suggests that your brain may feel the same way at the end of a long day of thinking.

The brain is just like any other organ in the body in that the spaces in between its cells must be regularly swept clean to keep things running smoothly. Yet it has remained a bit of mystery how the brain accomplishes this task.

In the summer of 2012, our research team reported in the journal Science Translational Medicine the discovery of a clever anatomical pathway by which the brain accomplishes this task of cleaning out the spaces between cells. Basically, it uses spaces on the outside of blood vessels as a dedicated set of plumbing that allows cerebrospinal fluid, or CSF, that surrounds the brain to wash through the brain, essentially flushing debris and waste out. This washing depended on water movement through support cells in the brain called “glial cells.” Thus we termed this brain-wide clearance pathway the “glymphatic system.”

Anyone who has every pulled an all nighter, or has had young children, knows that after a night with little or no sleep, not only do you feel more tired, but your mind is foggier. Why a good night’s sleep leaves the mind clear and crisp, and indeed why we would need sleep at all (since it represents “wasted” time not doing something more productive), has been one of the persistent mysteries in neuroscience.

In a study published last week in the journal Science, our team reported findings that may shed light on this question. By imaging the flushing of fluid through the brains of live mice that were awake or naturally asleep using a technique called 2-photon microscopy, we found that the rate of cleaning in the brain differed dramatically between the waking brain and the sleeping brain.

When the brain is asleep, we found that its cells shrink in order to open up the spaces between them, which allows CSF to flush through the sleeping brain at about 20 times the rate seen in the waking brain. This translated to a doubling in the efficiency of waste clearance from the sleeping versus waking brain. These findings suggest that part of the function of sleep is restorative – that it provides the brain an opportunity to tidy up and clean out the day’s accumulated waste when the activities of waking life aren’t getting in the way. It’s like cleaning up on a Saturday after Friday night’s houseguests have left.

These new findings do not simply illuminate a potential purpose of sleep, but may inform our understanding of the role of sleep disturbances in the setting of neurodegenerative diseases like Alzheimer’s disease. Alzheimer’s disease is believed to be caused by the buildup of plaques made up of a protein called amyloid beta in the aging brain. Two recent studies published in the journal JAMA Neurology have shown that in human patients that haven’t yet developed Alzheimer’s disease, poorer sleep quality is associated with greater buildup of amyloid beta plaques. Whether this is because bad sleep promotes amyloid beta accumulation, or whether low-level brain damage caused by amyloid beat promotes sleep disturbance has not been clear. However, our study suggests that one of the functions of sleep is the clearance of amyloid beta, and supports the idea that the inability to get proper sleep could promote the development of neurodegeneration.

While this most recent study was led by Dr. Maiken Nedergaard at the University of Rochester Medical Center in New York, follow-on studies are currently underway here at OHSU. In January of this year, I was recruited from the University of Rochester to come to OHSU and establish a research program based in part upon my work in this brain-wide, waste-clearance pathway. Bringing this research here to OHSU was made possible in large part by the generous gift from Phil and Penny Knight establishing the Knight Cardiovascular Institute at OHSU, of which I am now a part.

Using 2-photon microscopy and other approaches, we are working to define how this waste-clearance system becomes impaired in the aging brain and the contribution that damaged, aging blood vessels in the brain make to this process. The goal is to find key steps in this degenerative process that could be targeted with drugs to stop the failure of amyloid beta clearance and the accumulation of amyloid beta plaques in the brain.
With a lot of smart people working together, we hope that the discoveries that we’ve made so far in mice will translate to new opportunities to change the course of Alzheimer’s disease in patients.