Many years ago, while walking down a sidewalk with my son, I looked down at my small boy and asked him whether he preferred reading fiction or non-fiction. He said he likes what he learns from non-fiction but it isn’t as exciting as fiction. Non-fiction tells you what’s happening right from the start, he said, but in fiction, you don’t find out until the end. 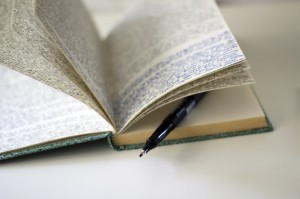 His comment was an epiphany for me. I study mouse social behavior, an area of research useful for understanding autism, addiction and animal communication. I have a Ph.D. in immunology, master’s degrees in behavioral ecology and toxicology, more than 30 scientific publications and I’ve been a professor in behavioral neuroscience at OHSU for nearly seven years.  As a scientist, I often don’t have answers after a year of research, or even after a decade. So, in a sense, I experience science more like a reader of fiction than of non-fiction. Irked by how science is portrayed to the public, I decided to learn how to write creatively, like an author whom non-scientists — normal people — might actually read.

Over the last 10 years, I’ve taken writing classes at the Iowa Summer Writing Festival and worked with a mentor in creative writing. I submitted my first essay, ‘NQR,’ to a writing contest fielded by december magazine. It’s not a well-known magazine, but has featured works early in the careers of some great authors including Joyce Carol Oates, William Stafford, Marvin Bell and Raymond Carver. In this essay, I watch a young boy undergo a clinical evaluation for autism and consider myths about the science process that our society holds dear. ‘NQR’ won the Curt Johnson Prose Award in Creative Nonfiction.

It’s uncomfortable standing behind the one-way mirror. It extends from the drop ceiling to about chest height, so the gray metal chairs aren’t high enough to view the clinic room. The air tastes stale, marked by a tinge of glue once ladled under the blue-grey carpet. I watch through the mirror, my two graduate students standing beside me.

A six-year-old boy walks through our clinic room door, pauses, then continues toward a few toys scattered by a bin and a squat table near the left wall. I see wooden blocks, a plastic action figure, and a small pillow that looks like a smiling locomotive. He picks up several blocks and brings them to the center of the room. A clinician in her late 20s enters the room followed closely by a man and a woman. She gestures toward two small plastic seats formed like ice cream scoops, perched on thin chrome legs, better fitted for children. The boy’s parents sit down, side-by-side. The clinician sits down on a small chair by the wooden table. Knees high, she writes on the cover of a light blue pamphlet. The boy sits on the red-orange carpet, one leg curled below him, the other extended to shield the blocks.

The clinician reaches toward a blue polyurethane bin, its lid faded under the fluorescent lighting. Scrawled on its surface, as if there were no thought to its semi-permanence, reads, ‘ADOS Kit Complete: Autism Clinic.’ She wades her hand through the bin and draws out a bulky translucent plastic bag, opens it, and lets toys tumble onto the table.

An autism diagnosis is nuanced. Clinicians find children as “on the spectrum” if they repeat certain behaviors or thoughts and have difficulties with social interactions and communication. Each child on the spectrum tacks on a different orientation. One boy sways back and forth by the front door.

Read the essay in its entirety here – please note that you’ll be prompted to enter your name and email address in order to gain access.