The adolescent brain is a work in progress. The teenage years entail immense responsibility. At 15, many face a rigorous course load of honors classes. At 16, a teen can legally getbehind the wheel of a car, and at 17 many are nearing full independence — sometimes abusing this independence with decisions like unhealthy diet, lack of sleep, and binge drinking.

Yet, even as teenagers take on the daunting task of adulthood at age 18, their brains are still years from being fully developed. Without the information about this critical time of brain development, some students are destroying the brain cells they will need for the rest of their lives and threatening the long-term health of their brain. Sadly, while some teenagers are behaving in ways that may ultimately catalyze severe mental health disorders, others endure taunting and teasing from their peers for pre-existing brain-based conditions. This very bullying has been proven to be a major contributor to depression, anxiety and other brain-based conditions, creating a vicious cycle of ignorance, bullying, and distress to the brain. 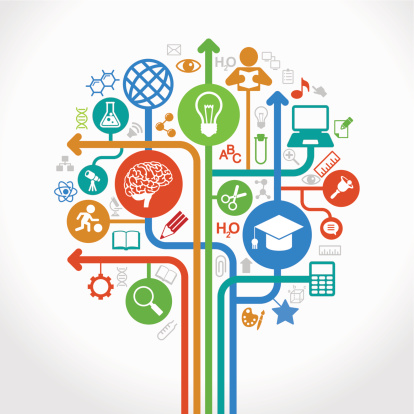 Over the course of the past year, I’ve encountered these issues by attending various lectures, reading countless books, and watching a multitude of YouTube videos on the adolescent brain. Most had titles along the lines of “What Every Parent Should Know about Their Teen’s Brain” or “How Educators can Better Teach The Adolescent Brain.” In all my research, never once did I stumble upon information designated for teenagers to understand their own brain.

As a 17-year-old student, I felt like an imposter sneaking into seminars clearly directed at an 18 and older audience, where researchers and scientists would inform adults about how they can better understand the psyche of the child, student or rambunctious teenager in their life. However, my sense of isolationism was soon replaced by the realization that I deserved to know what was occurring in my brain and understand the way that my behavior today can change my tomorrow.

As each book came to a close or each lecture moved into its Q & A Session, the only questions I could bring myself to ask were “Why is it that this information about my age group is rarely provided to my age group?” and “How could we close the divide between the scientific community and the teenage community?” I started to contemplate this question: With bullying growing as an epidemic everyday in middle schools and high schools across the nation, don’t teenagers deserve a biological perspective on the brain that is a nonjudgmental way of helping them understand more about themselves and others?

Together, Bobby Heagerty, director of neuroscience community affairs and education at the Oregon Health & Science University Brain Institute, Kellen Voss, a post-doctoral researcher in OHSU’s Department of Neurology, and I have been working to answer these questions. The outcome has been the launch of a brain awareness campaign and club at my school in Southwest Portland, Riverdale High School. Riverdale prides itself on embracing those who don’t fit the “mold” of the average student, and in turn it attracts students from all ranges of learning capacities and welcomes a host of students with psychiatric disorders, learning disabilities, and general psychological or neurological “quirks.” The Brain Awareness Campaign will work to eliminate the stigma around these quirks, through a two-faceted program that promotes acceptance and education of brain-based disorders.

The first facet of the program is acceptance, which we will achieve by implementing community-building events that are open to everyone, a buddy system that pairs upperclassmen in leadership roles to underclassmen struggling with a neurological impairment, and annual awareness campaigns, such as brain awareness week, mental health month and more.

The second facet, education, will work to mitigate bullying that derives from a widespread ignorance of what each student may be up against. Already, students participating in the Brain Awareness Campaign at Riverdale have spent lunch periods researching the latest breakthroughs in the mental health community and discussing the controversial developments in the treatment of conditions ranging from ADHD to Autism.

In the club’s preliminary meetings, students have dug through the most ground-breaking articles, provided by OHSU’s databases and Portland State University’s library, and discovered fascinating brain and mental health statistics to be written on posters and posted around the school. As students returned to school in the fall, the club has honed in on a different brain-based disorder every month, meeting each week to uncover the latest findings on the condition and discuss how the brain-based disorder emerges and impacts the affected. We will examine how the illness or disorder is being approached by the scientific community, and consider how the treatment of people living with the disorder, both medical and personal, can be optimized.

Adolescence is a time for surging emotions, unruly hormonal behavior and massive changes to the growing brain. In other words, it’s a challenging time for the healthiest brain. In this time of impulsivity, it is comforting to know that there is a rational force behind the tantrums, the breakdowns and the mood swings: science. It is vital that students understand that the boy with the angry disposition may be suffering from the onset of bipolar disorder or that the girl with the quiet demeanor may be clinically depressed. It is imperative that middle school and high school students alike understand that neglecting to eat healthy and exercise, stressing excessively, and abusing drugs and alcohol today could lead to the onset of brain-based disorders tomorrow. They need to understand the importance of adequate sleep in the prevention of serious mental illness.

While many neurological conditions are genetic and cannot be attributed to the actions of the affected, there is much teenagers can do to protect their brain during a critical time of development. You don’t have to be a neuroscientist to know that teenagers don’t listen to adults. The Brain Awareness Club provides an avenue for teenagers to educate teenagers.