There’s nothing quite like that feeling in your head after a long night of…no sleep.

Like it’s full of sludge left over from the night before. That’s maybe because it is. 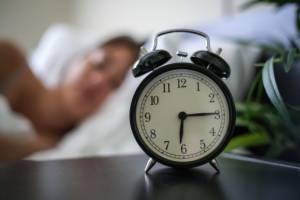 My colleagues and I have made some recent discoveries about what happens to the brain during sleep. In essence, we’ve found that the brain’s cells shrink during sleep in order to open up the space between them. That space allows cerebrospinal fluid that surrounds the brain to wash through it, flushing out debris and waste.

When the brain is asleep, this process allows the brain’s waste material to be cleared out at 20 times the rate of an awake brain! Our findings have given the scientific community a new understanding of sleep, and provide new insight into how this process — or the impairment of it — may be linked to dementia.

Our research recently attracted the attention of producers working on a documentary about sleep, which is airing now on the National Geographic Channel. I was interviewed for the documentary, called Sleepless in America. The film takes an in-depth look at not only the science of sleep, but also the severe societal impacts of tens of millions of Americans not getting enough of it.

Slowly, we’re building a better understanding of the complex nature of sleep — how good sleep, bad sleep, aging, and brain injury could be affecting our brains in profound and long-lasting ways.

Sleepless in America first aired Sunday, Nov. 30, and is set to air again on Dec. 7.  I hope you’ll tune in!

Jeffrey Iliff , Ph.D. is an Assistant Professor of Anesthesiology and Perioperative Medicine and works with the Knight Cardiovascular Institute and the OHSU Brain Institute.

The Washington Post:
No, you’re not sleeping enough, and it’s a big problem: 15 scary facts in new NatGeo doc

3 responses to “Sleepless in America — and the science behind it”