Last week, I talked about ongoing research on how sleep “deep cleans” your brain, as well as my participation in the National Geographic Channel’s documentary Sleepless in America.

Meanwhile, our team of OHSU researchers, along with colleagues at the University of Rochester in New York, are plunging ahead with the story of the brain, sleep and dementia.

We recently published an article in the journal Annals of Neurology that showed that the “brain cleaning system” is impaired in the aging brain, and that this impairment is associated with an inability to properly clean out the proteins built up in the brains of people with Alzheimer’s disease. This suggests that the brain’s inability to “keep its house clean” may be one of the factors that makes the aging brain vulnerable to neurodegenerative diseases like Alzheimer’s.

New findings show that the same processes may also be at work in the aging brain and in the young post-traumatic brain. This month, we published an article in the Journal of Neuroscience showing that the system is similarly impaired in the young brain after a traumatic brain injury (TBI). Recent clinical studies show that suffering a traumatic brain injury early in life increases your chances of developing dementia, including Alzheimer’s disease, in the decades that follow.

We’ve heard a great deal recently in the news about former football players suffering from an Alzheimer’s-like condition called chronic traumatic encephalopathy, or CTE. Yet we haven’t understood what it is that happens after brain trauma that sets the stage for neurodegeneration later in life.

This research is ongoing and emphasizes the fact that sleep is indeed essential to the basic function of the brain. For more information, and to stay up-to-date with our most recent neuro-research, visit ohsubrain.com or join the conversation on Facebook.

And for more on sleep, don’t miss the National Geographic Channel’s “Sleepless in America.” The full episode is now available online! 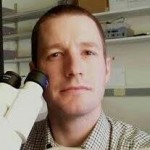 Jeffrey Iliff , Ph.D. is an Assistant Professor of Anesthesiology and Perioperative Medicine and works with the Knight Cardiovascular Institute and the OHSU Brain Institute.