If you spent any time toasting in the new year, and found difficulty getting your words to come out clearly, do not worry — you are not alone. In a study published last month, Claudio Mello, Andrey Ryabinin, Devin Owen and myself — all from the OHSU Department of Behavioral Neuroscience — found that songbirds that drink alcohol experience difficulty in singing as well.

More than 500 media outlets across the world — including National Public Radio, CBS News online, the Washington Post, the New York Daily News and Portland’s KATU-TV — have done stories on the study, enjoying the humorous notion of birds “slurring” their tweets. But while we have known and joked about the similar effect of alcohol on human speech for some time, it turns out that scientists know very little about how alcohol affects the human brain. But why study booze in a bird? 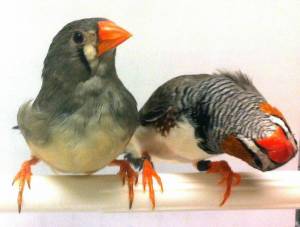 It turns out that songbirds (like the zebra finches pictured here) have long been favored by neuroscientists to study the connection between vocal behavior and brain function. The ability to learn to vocalize allows for communication with speech and language and is a uniquely human trait. Vocal learning is so rare among mammals it exists only in bats and whales, which remain exceedingly hard to study. Yet birds learn to vocalize, not to recite poetry or debate politics, but to communicate with their song about their territory and to attract females. This willingness to sing, and the fact that the brain circuitry that underlies song production and learning is exceptionally well understood, allows researchers to study the production of a complex learned behavior like speech that we as humans rely on every day.

Scientists at OHSU have long been interested in how alcohol affects our brains and the Portland Alcohol Research Center — jointly run by the Portland VA Medical Center and OHSU — funded the study on finches. It is very interested in finding unique approaches to some very hard-to-answer questions about alcohol. Does it affect certain brain regions more than others? Does it affect certain behaviors more than others? What are the mechanistic consequences of alcohol for neuronal activity, enzyme function and gene expression?

In an OBI blog post a couple of years ago, OHSU’s Kathy Grant describes how the consumption of large amounts of alcohol can selectively target memory-related brain areas while affecting other brain functions less, resulting in the embarrassing situation where ones naughty behaviors the night before cannot be remembered.

Our study with songbirds shows that selectivity exists at even moderate levels of alcohol consumption. Here blood alcohol concentrations between 0.05-0.08 percent (where a level of 0.08 in humans is the legal limit to drive a vehicle) alters the acoustic structure of syllables within a bird’s learned song, and some syllables are more affected than other syllables in terms of certain acoustic features.

This effect indicates selectivity of alcohol in the vocal-motor areas of the brain at doses that many people commonly experience with casual drinking. This result suggests that vocal analysis can be used as a highly sensitive behavioral biomarker to indicate alcohol consumption,

More importantly, it will allow us to now go deeper to better understand how alcohol specifically affects the brain circuits that control vocal behavior, and it will allow for the investigation of alcohol effects during vocal learning, a period in humans that is akin to late adolescent brain development. At OHSU, with a vibrant neuroscience community and several labs organized around alcohol research, we are uniquely situated to pioneer the use of the zebra finch to better understand the effect of alcohol in the brain. 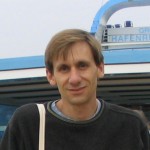 Listen to the differences in vocalizations: