The research surrounding concussions has been a heavy topic of discussion and strides are being taken to incorporate research findings into clinical and practical care of people post-concussion.

This attempt to provide evidence-based care to our athletes was recently punctuated at the the Sports and Health Research Program Stakeholders Board Meeting, organized by the Foundation for the National Institute of Health (NIH) in Washington DC.

In attendance were several NIH funded investigators, NIH program officers and representatives from organizations such as the NFL, NHL, FIFA and the Olympic team. 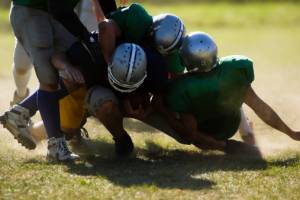 During this meeting, I shared an update on my research, which uses inertial sensors for on-site gait and balance testing after college athletes have sustained a concussion.

My team is particularly interested in investigating how balance and gait measures change after injury and how long those abnormalities last for individuals hoping to return to their sport.

Interestingly, the inertial sensors we use in our research were developed by a local start-up company here in Portland called APDM.

The funding provided by the NIH has been pivotal in moving forward the relationship between the sports and scientific communities here in Portland. 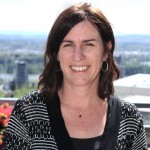 Laurie King, Ph.D., PT studies the clinical implementation of emerging practices and technology for improving assessment and rehabilitation in patients with neurologic disorders such as Parkinson’s disease and traumatic brain injury.