It happened quietly. Without much pomp or circumstance, hundreds of scientists have been hard at work – exploring the inner workings of our brain. From blooming biotech to impassioned community advocacy, the Pacific Northwest has become a hotbed for neuroscience.

When you compare the Pacific Northwest neurotech network with what’s happening in other parts of the country, how do we fare? 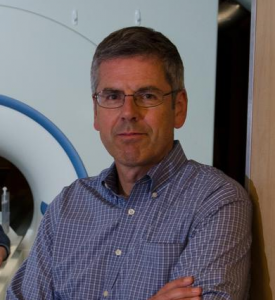 The gravitational centers of neurotech are in New York, Boston, the Bay area and LA. But there are also great things going on in the Pacific Northwest. Seattle is an emerging neurotech powerhouse.

In Portland, OSHU has tremendous strength and breadth in neuroscience. The Vollum Institute is one of the top basic neuroscience institutes in the country.

Imaging technologies are key in neuroscience, and OHSU is an emerging leader in this area with substantial investments in advanced imaging capabilities that extend from single molecule to living animals. Behavioral neuroscience and the neuroscience graduate programs are exceptionally well-ranked academic programs, and have outstanding faculty and leadership.

Why does Oregon need a regional neuro hub?

To compete more effectively and more rapidly advance new discoveries to change lives. The Northwest NeuroNeighborhood takes a lot of the talent that already exists in the area and makes the most of it. Researchers are great at discovery, but the other aspects of developing these ideas into tools and drugs and devices that advance human health, that’s where things often fall apart. Discoveries are often not taken past that point. Having ideas and novel concepts is wonderful, but, if they don’t really rise to the level where they’re advancing human health, that’s a real shame.

This network attempts to cross that divide, to introduce people that have these ideas to other individuals who can identify ideas that will impact human health, and then bring those ideas out of the lab and into the community.

Having a regional hub also helps keep the public involved, which is important. That’s one aspect of science that’s often lacking.

How closely related are the Pacific NW network and President Obama’s BRAIN Initiative?

A lot of the goals that were advanced by President Obama through his BRAIN Initiative were exactly what we were already doing across the region. The Allen Institute had big hand in defining the objectives in the White House BRAIN Initiative.

What’s the top goal of the regional neurotech hub?

Our number one goal is to advance neuroscience activity across the board in the Northwest. A strategy to accomplish this is to increase interactions and collaborations in the region and keep people informed about what’s going on. When new opportunities come along, you often don’t have much time to respond. To be competitive, it’s crucial to have some foundation for these relationships that cross institutions before you learn of grant announcements.

Can you tell us about a few opportunities that have emerged from the NeuroNeighborhood so far?

We have started to see some of the benefits of having a regional network of people with shared interests. A small company in Seattle, called M3 Biotechnology, has teamed with scientists at the Oregon National Primate Research Center. Together, they can more effectively test M3’s new small molecule drugs for preserving neurons in diseases like Alzheimer’s and Parkinson’s.

The NW NeuroNeighborhood has also helped strengthen collaborative research on Traumatic Brain Injury being done by OHSU, the University of Washington and Mt. Sinai.

I’m working on a project with Dirk Keene at the University of Washington, Randy Woltjer, an OHSU neuropathologist, Yossi Berlow, an OHSU MD/PhD student, and Jay Nutt and Matt Brodsky of OHSU to look at anatomical features in Parkinson’s that will help identify the disease at earlier stages. This would enable us to provide treatments and develop cohorts earlier – before there’s substantial loss of neurons, while some neurons can still be rescued.

Can this research serve as an economic engine for the region?

That’s always a hope. Because that is an important metric that discoveries are having an impact. The challenge is always the time scale. Research doesn’t work on a business quarter. It’s a much slower and deliberate process.

Learn more about the important work happening at the OHSU Brain Institute. More details on Dr. Rooney’s research can be found here.