There is much hope for gene therapy’s future potential to treat a number of human diseases. The use of adeno-associated virus (AAV) vectors to transport genetic material into cells has been critical to the initial success of experimental gene therapy treatments of hereditary diseases, including hemophilia B.  But in order to develop gene therapy cures for additional diseases and conditions, like diabetes and heart disease, it will be necessary to deliver the treatment to specific tissues. Achieving this required an understanding of how AAV enters cells.

Now, for the first time, researchers at OHSU and Stanford have identified the protein (KIAA0319L) to which AAV adheres on the outside of human cells and uses to gain entry, a discovery published in the journal Nature.

The following post about the study originally appeared on Stanford Medicine’s blog, Scope. 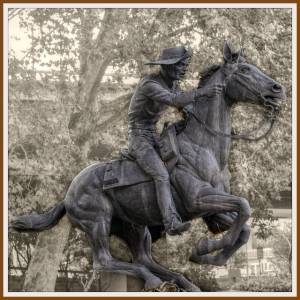 Gene therapy, whereby a patient’s disorder is treated by inserting a new gene, replacing a defective one, or disabling a harmful one, suffered a setback in 1999, when Jesse Gelsinger, an 18-year-old with a genetic liver disease, died from immense inflammatory complications four days after receiving gene therapy for his condition during a clinical trial. It was quite a while before clinical trials in gene therapy resumed.

But what Stanford virologist Jan Carette, PhD, describes as “intense interest” in the field is once again in full bloom. Gene therapies for several inherited genetic disorders have been approved in Europe, and a gene-therapy approach for countering congenital blindness is close to approval in the United States.

That a virologist would be paying such close attention to this topic isn’t odd, as the most well-worked-out method for introducing genetic material to human cells involves the use of a domesticated virus.

If there’s one thing viruses are really good at, it’s infecting cells. Another viral trick is transferring their genes into cellular DNA — it’s part of their modus operandi: hijacking cells’ replicative machinery and diverting it to production of numerous copies of themselves. Scientists have become increasingly adept at taming viruses, tweaking them so they retain their ability to infect cells and insert genes, but no longer contain factors that wreck tissues or taunt the infected victim’s immune system into a rage destructive to virus and victim alike.

Adenovirus-associated virus — ubiquitous in people and not associated with any disease – makes a great workhorse. Properly bioengineered, it can infect all kinds of cells without replicating itself inside of them or triggering much of an immune response, instead obediently depositing medically relevant genes into the infected cells to repair a patient’s defective metabolic, enzymatic, or synthetic pathways.

Figuring out how to tailor this viral servant so it will invade cells more efficiently, or invade some kinds of cells and tissues but not others, would broaden gene therapy’s utility and appeal. In a series of experiments described in a study in Nature, Carette’s group, with collaborators from Oregon Health & Science University and the Netherlands, used a sophisticated method pioneered by Carette to bring that capability a step closer.

A virus can attach itself to a target cell by latching onto a molecule embedded in that cell’s surface. In the case of adenovirus-associated virus, that viral-receptor molecule is already known. (The molecule obviously is there for some constructive purpose, which doesn’t stop the invading virus from taking advantage of the mutual attraction.) Simply glomming on to the cell’s surface isn’t enough, though. To get to the all-important nucleus, where the genetic jewelry is ensconced, the virus has to penetrate the cell as well. Until now, the molecule on which adenovirus-associated virus hops a ride downtown was anybody’s guess.

In the new study, Carette and his colleagues identified, in human cells, precisely that transport molecule. This discovery could lead to ways of raising or lowering the molecule’s expression in different tissues so that therapeutic genes get delivered to their intended addresses, and nowhere else.