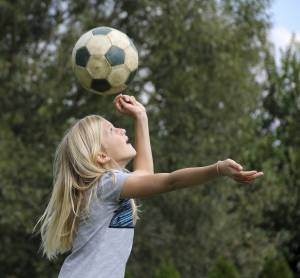 American Football may still be the leading concussion injury for all sports in the US, but soccer caused the second highest number of concussions in high school sports.

Soccer is also the number one cause of concussions for girls in high school sports.

The cause of this is unknown, but may be related to the aggressive style of play in women’s soccer, resulting in more body and ground contact.

Overall, injury statistics tell us that 30% of all soccer-related concussions are from attempting to head the ball.

This is actually not because of the ball hitting the head, but rather the opponent’s head or body hitting the player’s head.

74.2% of boys’ concussions are from heading the ball.  It also causes 58.1% of girls’ concussions, plus a higher percentage in women due to player to ground contact.

Nevertheless, 40% of all concussions in soccer are due to arm or elbow to head contact and 60% of all heading related injuries are concussions.

Limiting the number of headers and or the contact associated with headers by enforcing current rules or making rule modifications may make a significant impact on the concussion rate.

Soccer is a great sport and our goal is to do anything we can to make it safer so we can encourage future participation. 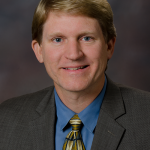 Jim Chesnutt, M.D. is the director of the OHSU concussion program, serves as Co-Director of the Oregon Concussion Awareness and Management Program, Medical Advisor to the Oregon School Activities Association (OSAA), and is a member of the Governor’s Task Force on Traumatic Brain Injury.