Reports by some media outlets and community outreach organizations that track and document police violence demonstrate that more than any other demographic group, young black males may be at a particularly heightened risk of fatal police encounters.

The underlying causes for the reported violent interactions between police and black individuals are likely dependent on a number of factors.

To shed light on the issue, one approach taken by psychologists and neuroscientists has been to investigate potential behavioral and intrinsic brain-based biases when perceiving black vs. white faces.

One notable study (B. Keith Payne, 2001) reports that brief displays of black vs white faces as racial cues can actually “prime” a quicker response to weapons or items of danger.

The same manipulation increases misidentification of tools as weapons for black, relative to white, face cues. This occurs even if the face cue was flashed so quickly that the participant doesn’t even know it was there.

These findings point to race as an important construct that drives perception, which may, at least in part, drive the actions taken by law enforcement.

Our research asks an additional question. Are these types of relationships dependent, or even enhanced, based on the emotional state of the subject making quick decisions?

To investigate the effects of race and emotional context on face perception, our study used black and white faces as stimuli in a functional MRI task (emotional go/no-go task) designed to study impulse control in black and white young adults.

Our results demonstrate the importance of emotional context as an important factor that influences race perception, and subsequent decision-making. Such findings should assist in ongoing efforts to increase awareness of race disparities in law enforcement and ultimately a reduction in preventable violent encounters.

This research was funded by the John D. and Catherine T. MacArthur Foundation Research Network on Law and Neuroscience.

A manuscript with our findings is in preparation and includes the following authors. 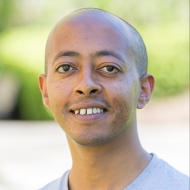