Dr. Alan Teo shares the right way (and the wrong way) to talk  about suicide.

In less than a month since its debut on August 17, a music video whose title is a phone number has garnered 41 million views on YouTube (and counting quickly). The song is called “1-800-273-8255” by hip hop artist Logic. The video tells the story of a young black man who struggles with family and peers not accepting his sexuality; it is extremely moving to watch.

Perhaps even more telling are these numbers, though. In the weeks following the single’s release, calls directed to the National Suicide Prevention Lifeline rose by 27%, and visits to their website increased from 300,000 to 400,000.

Why would a music video do that? It turns out that the phone number 1-800-273-8255 is that for the National Suicide Prevention Lifeline, which offers 24/7 crisis counseling.

For those of us who grew up with another popular song using a fictitious phone number for “Jenny” (867-5309), it is amazing to see the popularization of the phone number for a very real suicide prevention lifeline.

There is a pressing and ongoing need for this type of suicide prevention awareness. While we as a nation have made progress cutting down the number of preventable deaths, we have not been successful with suicide. And it’s getting worse.

Here in Oregon, on average, a person dies every 12 hours by suicide. And more than five times as many people die by suicide than by homicide.

While Logic did a commendable job, others in the public eye have been a disservice to suicide prevention.

The Netflix show “13 Reasons Why” illustrates the problem. This series centers on a high school student who dies by suicide and has been a huge hit for Netflix. It graphically shows the main character using a lethal means of suicide (one no-no) and then provides no information on crisis resources before or after episodes (another no-no).

As a result, research has shown that Google searches related to killing oneself have markedly risen. Locally, suicide attempts seem to have risen too after some vulnerable viewers watched the series.

Vetted guidelines developed by the World Health Organization and others are readily available. Unfortunately, my observation has been that the media, even when well-intentioned in their reporting, frequently forget to follow these guidelines, such as including mention of suicide prevention resources.

So what can you do to help? By reading this, you’ve already taken a positive step. And next time you see a report about suicide in the media, let the reporter know if they haven’t followed the guidelines. By combining our efforts, we can make real progress in suicide prevention. 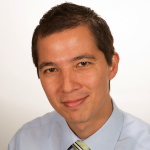 Alan R. Teo, M.D., M.S, is an Assistant Professor in the Department of Psychiatry and School of Public Health at OHSU, and a Core Investigator at the Center to Improve Veteran Involvement in Care at the VA Portland Health Care System.