Many of us have heard tragic anecdotes of people who have posted goodbye messages on social media prior to ending their lives. The notion has even been popularized in the national media and led Facebook to develop new suicide prevention tools.

But do the data back up these anecdotes?

How often do people in the midst of an emotional crisis post about it on Facebook, as opposed to reaching out to other avenues of support?

I surveyed Facebook users about these questions with the support of a VA research grant, and OHSU colleagues and I recently reported the results in the Journal of Medical Internet Research.

We wondered if frequent, active users of Facebook might be more inclined to use Facebook for support. But the same pattern of avoiding Facebook emerged. How about younger users, or women (who tend to be more open about seeking out help)? Once again, no and no.

If not Facebook, then where do individuals turn to when experiencing emotional problems?

Our survey respondents—270 military veterans with symptoms of major depression who were recruited from the Portland VA—instead said they were most likely to seek help from a health care professional. A phone helpline or supportive friend or family member were the next most common sources of support.

Overall, 59% of Facebook users endorsed having at least one source of help for emotional problems.

It’s not fully clear why military veterans using Facebook have so little intention to seek help from Facebook.

I think there’s a number of possible explanations as to why help-seeking on Facebook seems so uncommon. People may not view Facebook as a trustworthy platform. And discussing health matters requires real trust.

Another reason is that many “Facebook friends” are not actual “friends,” or certainly not close ones. If I think that my cousin’s neighbor might see my plea for help on Facebook, am I really going to post it?

That said, I still believe there are ways to connect with real friends through Facebook. Take using private, direct messages. If such messages help pave the way for people to communicate more face-to-face, especially in a crisis, that may just be what people are looking for! 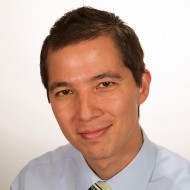 Alan R. Teo, M.D., M.S, is an Associate Professor in the Department of Psychiatry and School of Public Health at OHSU, and a Core Investigator at the Center to Improve Veteran Involvement in Care at the VA Portland Health Care System. Follow Dr. Teo on Twitter @DrAlanTeo or find more information at http://dralanteo.com.