I arrived at OHSU in 2013, a newly appointed Assistant Professor in the Department of Anesthesiology and Perioperative Medicine at the Knight Cardiovascular Institute. I had just completed my scientific training at the University of Rochester in upstate New York where I had helped to discover the ‘glymphatic system’, the brain’s cleaning system that clears away waste during sleep. The science was exciting, but two things were lacking: clinical collaborators and funding to get my research program studying the glymphatic system and its role in Alzheimer’s disease off the ground.

The Oregon Charitable Tax Checkoff Grant provided both, giving my research program a needed push at a critical time.

As a basic neuroscientist, my initial work defining the glymphatic system had been carried out in mice. We had shown that the brain’s housekeeper cells, called astrocytes, in the aging mouse brain change the manner that they handle water, which impairs glymphatic clearance of wastes like amyloid beta. We didn’t know yet whether similar things happened in the human brain with aging or in Alzheimer’s disease. When I received the Tax Checkoff grant, I was able to establish a collaboration with Dr. Randy Woltjer, the neuropathologist that leads the Oregon Brain Bank, as well as Drs. Joe Quinn and Jeffrey Kaye, Neurologists in the OHSU Layton Aging and Alzheimer’s Disease Center. Working with these clinicians, and using brain tissue from subjects that died with Alzheimer’s disease as well as subjects that died without any cognitive problems, we were able to demonstrate for the first time in human tissue that the same changes in astrocytes that we saw in mice happen in human Alzheimer’s disease. We published these findings this last year in the journal JAMA Neurology.

I have been on faculty at OHSU for five years now, and my group has grown to include graduate students, post-doctoral fellows, medical residents and technicians. We are researching the role of the glymphatic system in Alzheimer’s disease and other neurodegenerative conditions in mice, monkeys and humans, with funding from the NIH, the Paul G. Allen Family Foundation, and GlaxoSmithKline. Yet all the work that we have done, all the progress that we have made, can be traced back to the Oregon Charitable Tax Checkoff Grant. It shows the power of a small investment made in an investigator and their science at just the right place and time.

Citation of study above:

Alzforum.org: Dearth of Water Channels a Sign of ‘Glymphatic’ Breakdown in Alzheimer’s?

TEDMED: One more reason to get a good night’s sleep

This research will increase our understanding of Alzheimer’s and bring us closer to new treatments, test ways to give effective support to caregivers and families of persons with Alzheimer’s disease and pave the way for additional funding from the National Institutes of Health and other national research programs. Funds are administered through OHSU under the direction of Oregon Partnership for Alzheimer’s Research. 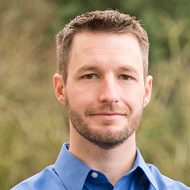