Enrolling in a caregiver research study at OHSU inspired Douglas and Jane Grube to reflect upon their life goals and make some important decisions.

When Douglas and Jane enrolled in the READYR study, they didn’t think it would inspire them to make some life-changing decisions. Being regularly interviewed by study coordinators helped the two reflect upon their own priorities and eventually led them to downsize their home and move to a different part of the city. Volunteering for the study not only helped them re-evaluate their lifestyle needs, it gave them a better understanding of each other and of their journey ahead.

“I guess when you give, you receive too. Even though it was not part of the game initially,” says Jane. “The universe gives back when you volunteer to give something.”

The READYR study is one of the pilot studies originating from ORCASTRAIT, a Roybal Center and a division of the Layton Aging and Alzheimer’s Disease Research Center that focuses on caregiver research.

“I hope the research leads to some improvement among people living in Portland or wherever,” says Douglas. “For us, the study has been very fascinating.”

After decades of working in international development, in teaching at universities around the world, embarking on several cross-country moves, and being married for over 55 years, the Grubes transitioned into a new chapter of their lives a few years ago. After Douglas’s diagnosis with mild cognitive impairment (MCI), Jane became his caregiver. Though there have been difficult moments, they’re taking it in stride.

“We’re still in the beginning stages. There is frustration, lack of privacy, lack of independence and a lot of grief. And a lot of love,’ says Jane. “He’s been a good husband and father and still is. And I wish he could remember how good he is and how wonderful he is.”

For Douglas, living with mild cognitive impairment has simply been “frustrating as hell.” It impacts him in small ways, such as having trouble participating in group conversations. However, he 1doesn’t stay silent about his feelings and hopes his story inspires others to be more open, participate in research and take opportunities as they come.

“I would encourage people not to hide so much, and to take opportunities to open up, even to a small amount of people,” says Douglas. “Don’t hide. There is nothing to be ashamed of . It’s an illness. Talk about it.”

Though the past several months have been tough, he has gotten support not only from Jane, but also from their two sons and their families, a network of close friends, the study team, and community resources such as the local chapter of the Alzheimer’s Association.

“Volunteering for this study is about giving and getting,” says Douglas. “Both of us have experienced this, in our professional lives, where we have provided a service, if you will, and also, particularly in other countries, got service back.”

Douglas and Jane did not expect to receive anything from their participation except for caregiver guidance, expert advice about memory issues, and MCI-focused community support.

Unexpectedly, participating in the READYR study helped the Grubes envision their future together, reflect upon their life, and fulfill some long-term goals.

“We like investing in the future of other people,” says Jane. “If we have contributed, that’s wonderful, because we have benefited too. Volunteering is also a commitment to the future. We volunteer so that there are ways for other people to go forward, not just yourself. You never know what you will get out of participating in a study.”

Learn more about our research by contacting our team at 503-494-7647 or emailing adresearch@ohsu.edu.

We have information about: 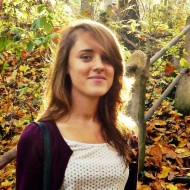 Ona Golonka is the Research Communications Coordinator for the Oregon Center for Aging and Technology (ORCATECH).