Speakers who nominally represent cancer patients at advisory meetings on new drugs often have financial ties with the company seeking marketing approval. And those ties aren’t always disclosed, according to an analysis by a Knight Cancer Institute physician published in JAMA Internal Medicine.

“The industry has hijacked that microphone – they’re using it as their second presentation at advisory committee meetings,” said hematologist-oncologist Vinay Prasad, M.D., M.P.H., who is an assistant professor in the OHSU School of Medicine and senior scholar in the school’s Center for Ethics in Health Care. 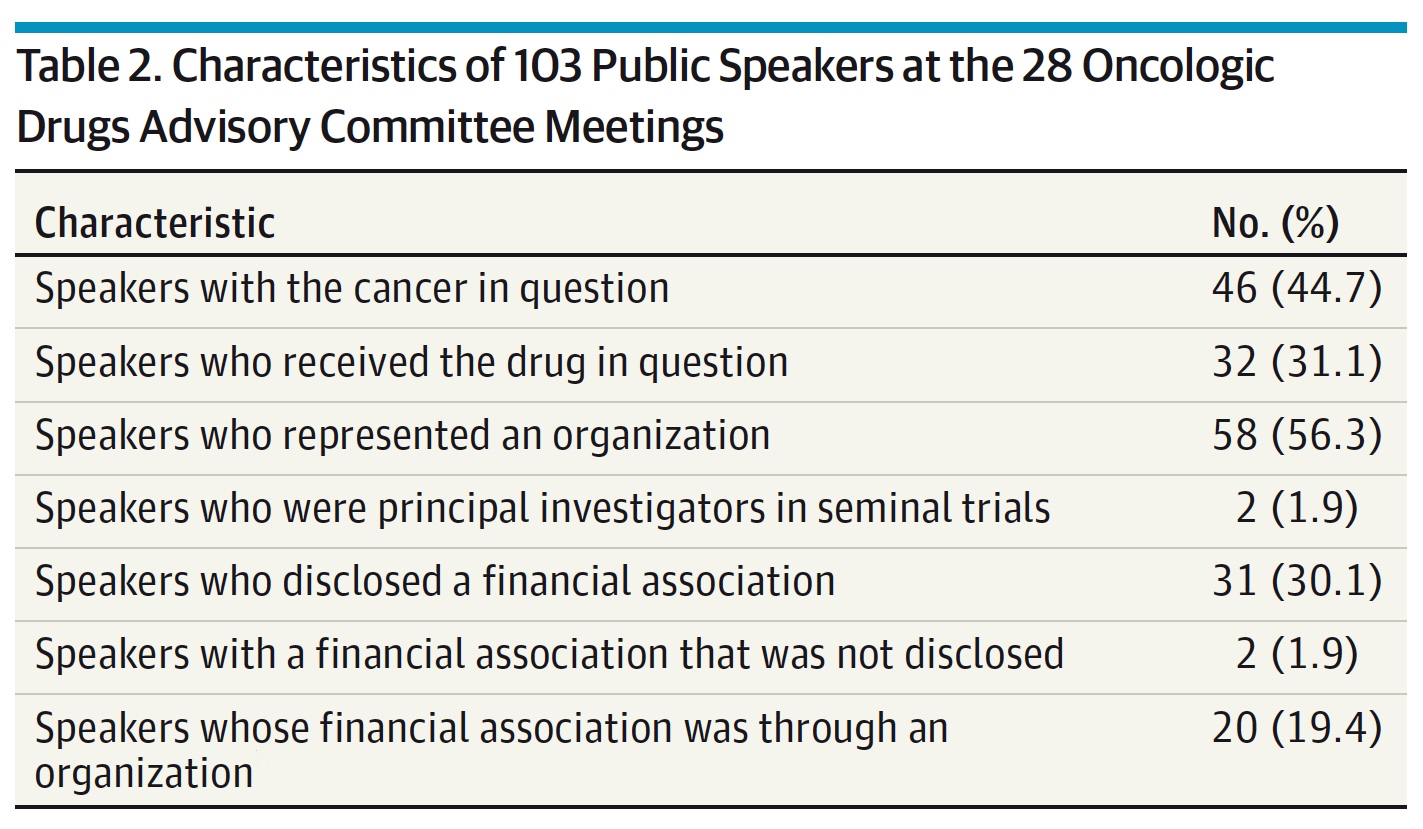 Prasad and co-author Matthew Abola scrutinized the speakers at all 49 meetings of the Food and Drug Administration’s Oncologic Drugs Advisory Committee from 2009 to 2014. Thirty percent of the speakers reported financial ties to the maker of the drug, such as financial support for travel to the meeting or representing an organization that received funds from the drug company. Two speakers reported serving as principal investigators of pivotal trials. More than 90 percent of the speakers – 95 out of 103 – supported marketing approval.

In an interview with the Milwaukee Journal-Sentinel, Prasad said he believes the anecdotal presentations by patients can have a powerful impact on advisory committee members: “It’s like a thumb on the scale. You can’t sit in the room and not feel some emotion.”

Journal-Sentinel reporter John Fauber called attention to deliberations on the drug brentuximab vedotin (Brand name: Adcetris). Five patients showed up at the 2011 advisory committee meeting. All of five had their travel expenses paid for by Seattle Genetics, the company that makes the drug. “They told compelling stories and when the final vote was taken, it was a slam dunk,” Fauber wrote. “Experts on the committee voted 10-0 to recommend approval.”

The FDA approved brentuximab vedotin in 2011 to treat two types of lymphoma based on a surrogate endpoint – the percentage of patients who experienced complete or partial cancer shrinkage. It still has not been proven to increase overall survival, Fauber reported.

In an earlier study, Prasad found that two-thirds of FDA cancer drug approvals in recent years were based on a surrogate endpoint. A systematic search for post-approval clinical trial results found no evidence of a survival benefit for 57 percent of the approved cancer drugs, many that had been in use for more than four years.

Characteristics and Conflicts of Public Speakers at Meetings of the Oncologic Drugs Advisory Committee to the US Food and Drug Administration by Matthew V. Abola and Vinay Prasad. JAMA Internal Medicine (February 1, 2016)

Cancer Drugs Approved on the Basis of a Surrogate End Point and Subsequent Overall Survival: An Analysis of 5 Years of US Food and Drug Administration Approvals by Chul Kim and Vinay Prasad. JAMA Internal Medicine (October 19, 2015)