Nearly a century ago, a Greek immigrant physician in New York City began refining microscopy techniques for examining cells gently scraped from the female reproductive tract. The results were profound. George Papanicolaou’s Pap smear test gave the world a minimally invasive means to screen healthy women to reveal abnormally growing cervical cells that could be removed before any turned cancerous. And with it came the realization that cancer truly might be defeated by early detection.1

Decades later, the promise of early detection remains largely unfulfilled for other cancers. But perhaps not for much longer. Powerful technologies are blooming and opening many paths forward. Progress in understanding the genes and cell signals that drive cancer has become so rapid that significant discoveries are now rolling out almost every week.

“As fast as we are making progress, ultimately we want to save more lives. And the fact that we can’t do it right now is frustrating to me,” said Brian Druker, M.D., director of the OHSU Knight Cancer Institute, speaking at the Sondland-Durant Early Detection of Cancer Conference in June.

The meeting brought many of the world’s leading scientists in the field of cancer early detection to Portland for the first of a series of international conferences planned by Cancer Research UK and the OHSU Knight Cancer Institute. The two organizations formed a collaboration last year aiming to accelerate progress in early detection research. 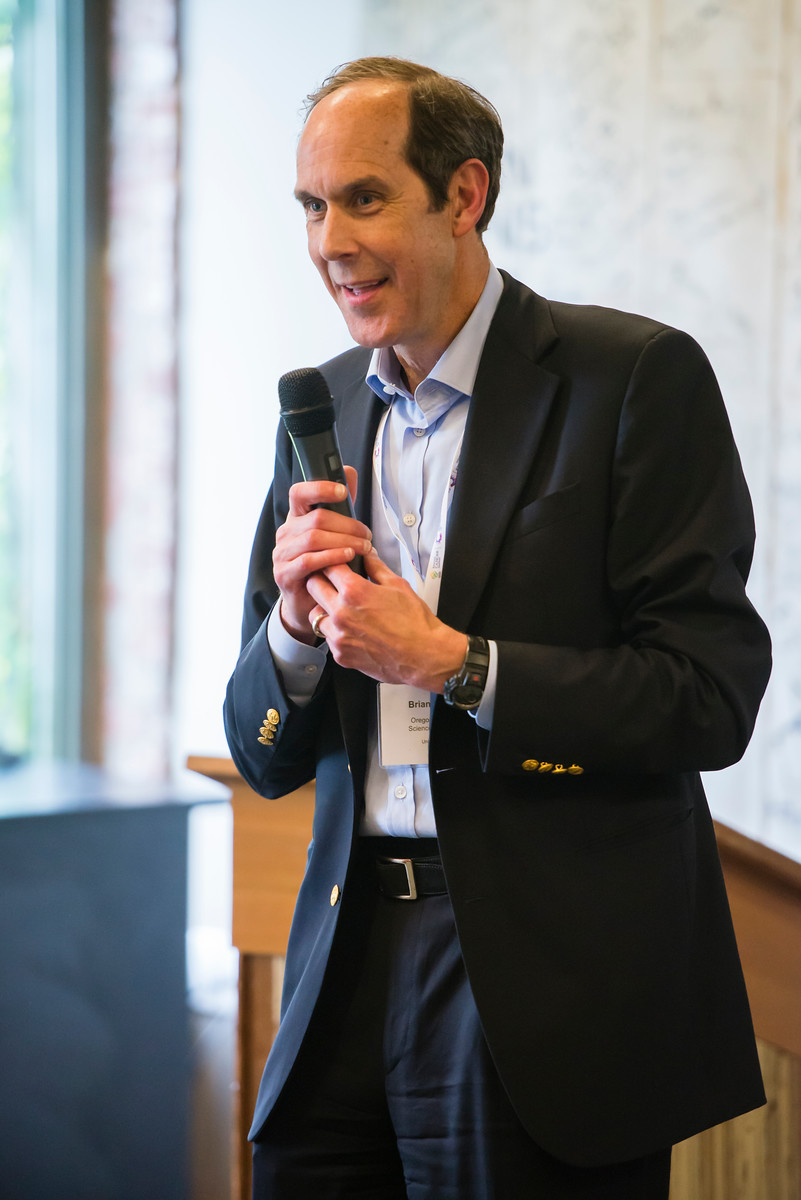 “As fast as we are making progress, ultimately we want to save more lives. And the fact that we can’t do it right now is frustrating to me.”

The promise – and the challenge – of early detection are well illustrated by the status of pancreatic cancer. Fewer than one in ten cases in the U.S. are diagnosed at the local stage. And the relative survival rate, around 6 percent at five years, is by far the worst among major cancers.

But studies of the path of gene alterations in pancreatic cancer suggest that there is a window of opportunity for detection before it spreads and becomes deadly. A much-cited study in the journal Nature estimated that it takes nearly 12 years, on average, for cancer-initiating gene changes to drive the formation of a tumor, and a further six or seven years for the tumor to develop the ability to spread via metastasis.

Cancers of the cervix and colon have been the most amenable to early detection because the tissues are accessible to sample for abnormally growing cells, which are relatively easy to identify and remove before they give rise to cancer. And the window of opportunity to do so lasts many years. The pancreas and other internal organs aren’t so easily accessed for sampling. 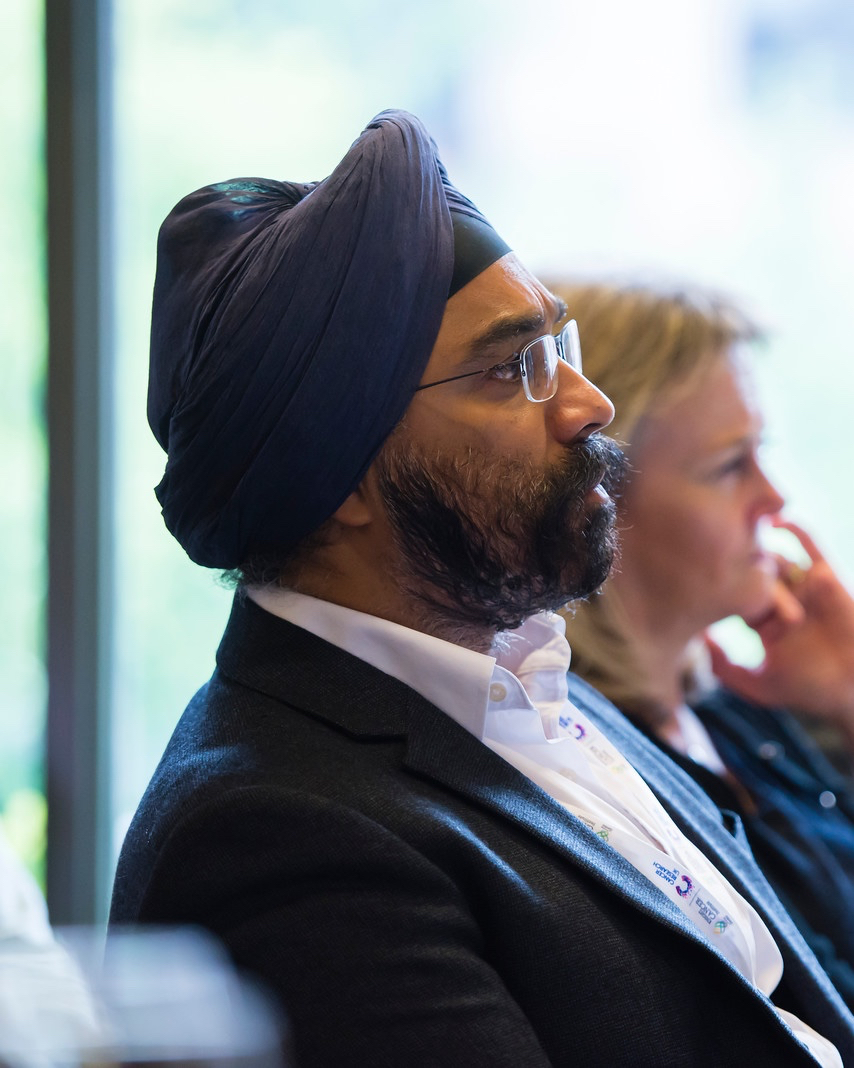 “We want to stimulate a greater volume and quality of research in what could be a very transformative area for cancer.”

But rapidly advancing technologies are making it possible to glean significant information from the cells, fragments of DNA and other particles that tumors and abnormally growing tissues release into the bloodstream. Exosomes, for example, which are membrane enclosed particles secreted by cells, contain a trove of material from tumors: metabolites, amino acids, and DNA in relatively large, double-stranded fragments. Their existence was unknown until the 1980s. Now it may soon be possible to sequence the entire genome of a hidden tumor from the DNA fragments encapsulated in exosomes.

In the case of lung cancer, before such tumors become deadly, their genetic signature may be expressed in the cells lining the upper airways, where minimally invasive sampling is feasible for early detection.

The technology for identifying shreds of DNA and protein is becoming so sensitive and accurate that exhaled breath or stool samples could provide a means for non-invasive early detection of a variety of cancers whose byproducts make their way out of the body.

Huge challenges remain, perhaps none more difficult than the problem of overdiagnosis. That’s when early detection efforts prompt the diagnoses of cancers destined to never cause harm. Some tumors and tumor-like growths are unable to advance swiftly enough to become life-threatening during a human lifespan, but existing screening tests can’t tell the difference. And overdiagnosis of breast and prostate cancers has prompted many thousands of women and men to undergo surgery, chemotherapy or radiation treatments they didn’t need.2

Suspiciously altered cells can be found in the blood and tissues of many healthy people, most of whom will not develop life-threatening cancer.3 Much remains to be discovered about the transition from pre-cancerous lesion to metastatic tumor – and how to intervene and stop this deadly progression. It remains a mystery why some altered cells and incipient tumors smolder quietly while others run rampant. The answer likely will require a deeper understanding of the ways altered and cancerous cells interact with surrounding tissues to activate growth-promoting signals, avoid suppression by the immune system, and resist chemotherapy.

“We are in for more and more surprises about just how complex the human machine is,” said Sanjiv Gambhir, M.D., Ph.D., a professor at Stanford University School of Medicine. “We are way ahead on the technology but the biology is not there yet, and to solve the problem of early detection we need a lot more investment in understanding the biology.” Gambhir spoke on a panel with Druker and Kumar at the inaugural early detection meeting in Portland.

The Knight Cancer Institute and Cancer Research UK have identified several other barriers to progress, including a lack of appropriate research models for the earliest stages of cancer, unavailability of tissue samples, and limited funding directed to early detection research.

“There is no one institute on earth that could possibly hope to address all of those challenges on its own,” Kumar said. “So we have to build a broader consortium, a broader collection of people who are thinking about the problem in different ways.”

1. Following the advent of mass screening by Pap smear, cervical cancer incidence and death rates plunged by more than 60 percent in the U.S. between 1955 and 1992.

2. An estimated 22 percent of mammography-detected breast cancers are overdiagnosed, according to a recently published long-term follow-up of two randomized clinical trials. For prostate cancer, the rate is even higher. A notable 2009 study using three independently developed mathematical models of prostate cancer progression calibrated to SEER incidence data concluded that 23 to 42 percent of screen-detected cases are overdiagnosed.

3. In one Danish autopsy study, investigators found in situ cancers in 13 of the 33 deceased women age 40 to 49 years, or 39 percent. In that age group, breast cancer manifests clinically in about 1.5 percent of women in the U.S.