Differences in microRNA in colon polyps may help identify high risk cases that require more frequent follow-up screening, according to a study with four OHSU co-authors that is featured on the cover of Cancer Prevention Research this month. 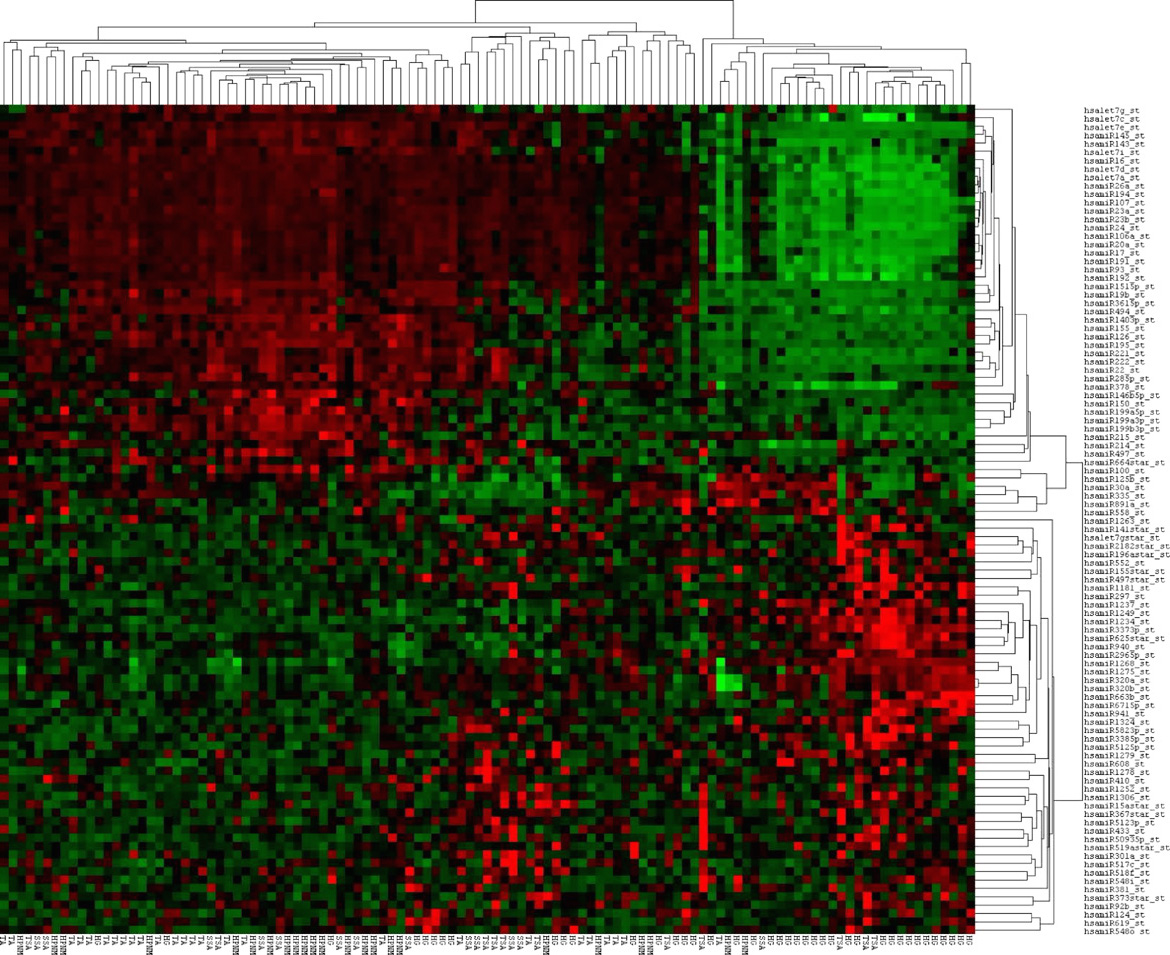 MicroRNA molecules consist of short strings of 20 or so nucleotides. Cells use them to control the translation of genes into proteins. First author Vassiliki Tsikitis, M.D., an OHSU associate professor in the Department of Surgery, and colleagues compared microRNA expression in normal colon tissue and a variety of abnormal growths in biopsy specimens from 109 patients undergoing screening or surveillance colonoscopy.

Using statistical analysis, they identified particular microRNA signatures that showed high accuracy to discriminate low-risk polyps from those with a high-risk potential for malignancy.

The cover image is a heatmap that shows the clustering of miRNA signatures by polyp histology. The other OHSU authors are Chris Harrington, Ph.D., and Amiee Potter, Ph.D., in the OHSU Integrated Genomics Laboratory, and Tomi Mori, Ph.D., director of the Knight Cancer Biostatistics Shared Resource.