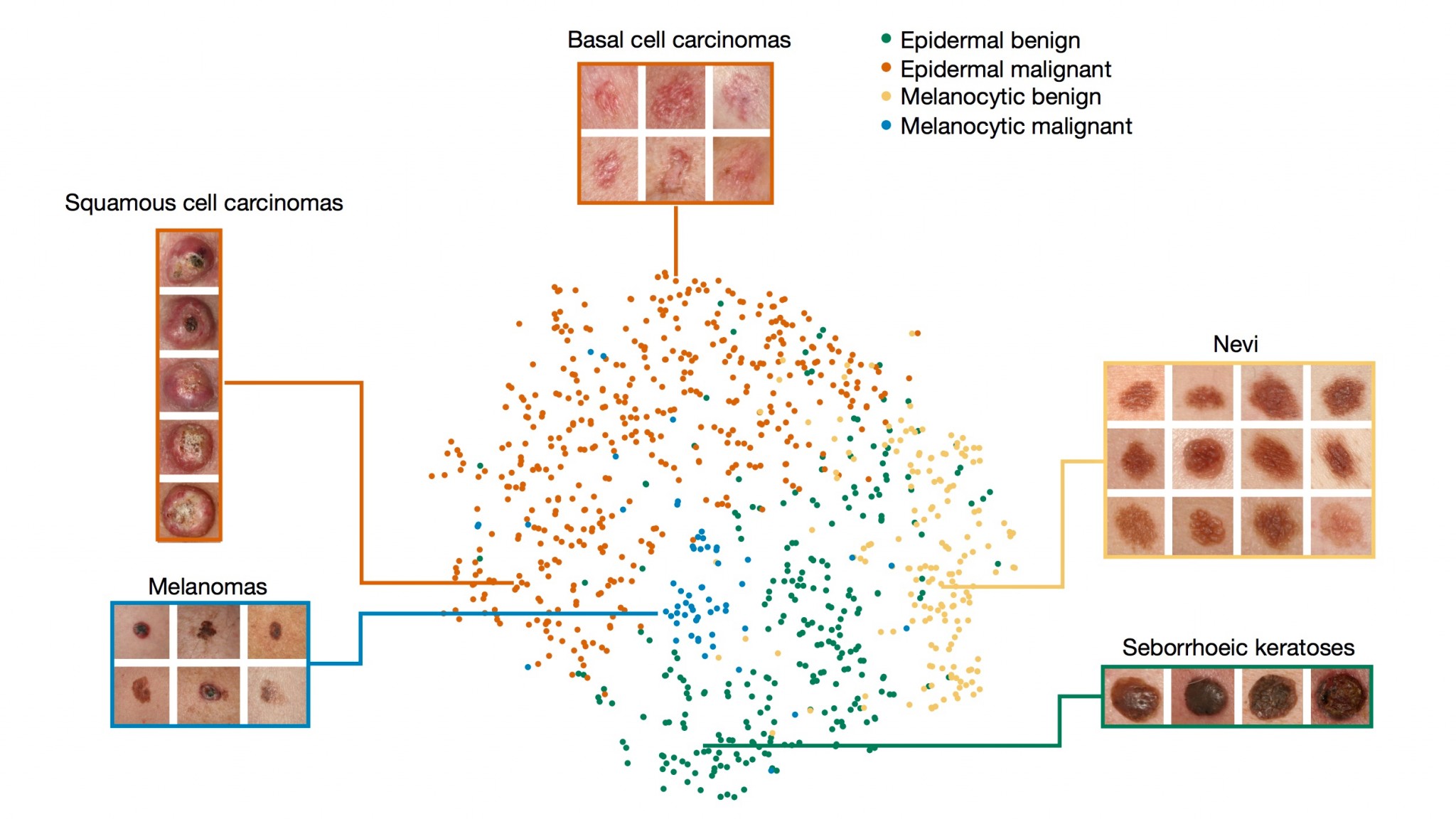 The first artificial intelligence to solve scientific problems debuted in 1967, when it proved capable of deducing molecular structures from mass spectrometry data. Now, of course, we have AIs that trounce “Jeopardy!” champions and chess grandmasters. And this week the machines ticked off a victory in the field of medicine: identifying melanomas and malignant carcinomas as accurately as expert humans, according to a report in the journal Nature.

“We are close to having a computer with artificial intelligence that performs as well as board-certified dermatologists in being able to discriminate melanomas from moles using digital images,” said Sancy Leachman, M.D., Ph.D., director of the Knight Cancer Institute’s melanoma research program and chair of the OHSU Department of Dermatology. Leachman co-authored a commentary in Nature on the new AI program developed by a group at Stanford University.

The Stanford team used a “deep learning” artificial neural network, which they trained using 129,000 images of more than 2,000 skin diseases. As Leachman and Glenn Merlino of the National Cancer Institute point out, the AI doesn’t judge images the way dermatologists have learned to do. Instead, it creates its own rules for matching patterns with diseases, and it can incorporate visual clues that human eyes can’t see.

The neural network did better than the average of 21 dermatologists at skin cancer classification using photographic and dermoscopic images. (Biopsy testing was used to establish the correct diagnosis.)

How the system would perform in a real-world setting remains to be seen. Validation will require prospective clinical trials, which can take years to complete. Only then would this technology be ready for broad use in clinical practice.

For example, the authors did not report investigating whether the computer could distinguish between similar-looking diseases such as melanoma and benign seborrhoeic keratosis. And how accurately might the computer perform in distinguishing between an amelanocytic (non-pigmented) melanoma and a malignant carcinoma? But what about cases in which the machine rather than the pathologist is correct? The relative diagnostic accuracies of the machine and the human could be tested by tracking how diagnosed lesions progressed over time.

Matched with the now-ubiquitous mobile devices, neural networks could potentially extend the reach of dermatologists to millions of people who currently don’t have access to affordable, high-quality skin cancer screening.

While some dermatologists may be skeptical or see threats, Leachman expressed optimism about the technology’s potential for opening new paths to advance the field. “Let’s spend our time and brain power on something that hasn’t yet been solved,” she told IEEE Spectrum, and leave it to AIs to handle what dermatologists have already mastered. Leachman has no doubt that there will always be new challenges for the human brain.

How DENDRAL Was Conceived and Born by Joshua Lederberg, Association for Computing Machinery (ACM) Symposium on the History of Medical Informatics at the National Library of Medicine, November 5, 1987

The final frontier in cancer diagnosis by Sancy A. Leachman and Glenn Merlino, Nature January 25, 2017