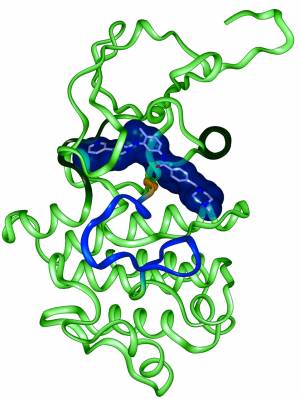 The depth of remission achieved with the targeted therapy imatinib (Gleevec) raises a tough new question for some leukemia patients: is it ever safe to stop taking the breakthrough drug developed at OHSU?

Life expectancy in patients with chronic myeloid leukemia has soared to a level almost equal to that of the general population thanks to imatinib, which was shepherded from laboratory to clinical success by Brian Druker, M.D., director of the OHSU Knight Cancer Institute. Studies to date suggest that close to half of CML patients in remission who discontinue therapy will remain in remission for years. When relapses occur, resuming treatment with imatinib or its second-generation analogs is highly effective at putting the cancer back into remission.

A news report this week by the Associated Press gave voice to patients faced with the choice of discontinuing therapy:

Some patients want to try, but others won’t dare.

“Like playing Russian roulette,” said Jee-Won Schally, 54, a former history teacher from Milwaukee who has taken Gleevec for 10 years and doesn’t want to stop.

Nor does Doug Jensen, 83, a retired engineer near Portland, Oregon, who still gets the drug for free because he was in the original study that proved it worked.

But for Nina Schlidt, quitting a similar drug nearly two years ago was wonderful and “financially, a godsend.” The 67-year-old suburban Milwaukee woman’s husband delayed retiring until 70 to keep insurance to cover her drug, which would have cost her thousands.

Meghann Bell, 38, a marketing director in Seattle, went off Gleevec in 2010 to start a family because the drug isn’t safe during pregnancy. She resumed after the birth, then decided to go off again two and a half years ago.

“I kept thinking how I had been in remission” during pregnancy, she said. “I felt like I was cured and really didn’t want to be on this drug for all my life.”

Imatinib and its analogs are fairly well-tolerated but can cause adverse effects that impact quality of life. Discontinuing treatment truncates that risk. It also reduces the financial toxicity of a treatment that costs around $90,000 to $100,000 per year. Studies suggest that with close monitoring therapy can be discontinued safely in selected patients who have maintained a deep molecular response for two years.

Druker told the AP that nearly half of his 250 patients would be eligible to try quitting. Among the 49 who have discontinued therapy, 18 have had to resume.

“When I discuss it with patients, I say there’s a 50-50 chance you’ll be off therapy and a 1 percent risk that your leukemia will become resistant to treatment,” Druker said. “Those are pretty good odds.”