Cancer immunotherapies called checkpoint inhibitors can bring dramatic, life-saving results – but only for a limited fraction of patients. Aiming to help more patients benefit, researchers in Oregon have developed a therapeutic vaccine that broadly expands the tumor-stopping power of checkpoint inhibitors.

In animal studies, the vaccine combined with standard checkpoint inhibitors eliminated aggressive tumors in nearly two-thirds of mice, while the immunotherapies given alone did not clear tumors from any.

“The idea is to turn a cold tumor into a hot tumor so it can respond to immune check point inhibitors,” said Wassana Yantasee, Ph.D., a professor of biomedical engineering in the OHSU School of Medicine.

The vaccine developed by Yantasee and her team is composed of nanoparticles, sub-microscopic spheres about the size of a virus. The nanoparticles carry a cargo of biologically active molecules, which they protect from degradation by blood enzymes and deliver into both cancer and desired immune cells. Yantasee said she and her colleagues plan to begin human clinical trials next year. They’ve reported their latest research in the journal Advanced Materials, which features it as a cover article. The paper also appears in Celebrating Excellence in the Advanced Materials Family: Women in Materials Science.

But even in the types of cancer that respond well to checkpoint inhibitors, such as melanoma and non-small cell lung cancer, the treatment only works for a subset of patients. And for many other cancer types, the treatment has shown little or no benefit. Absence of immune T-cells in the tumor is one of the key reasons for this lack of response. 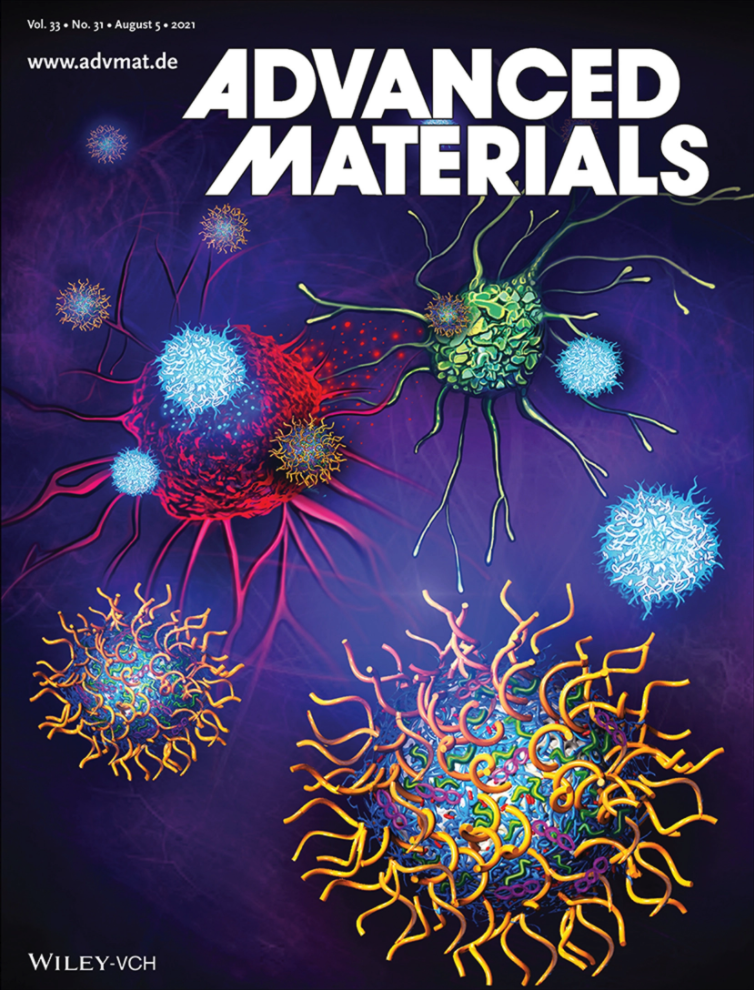 One element of the new nanoparticle vaccine is an agent called CpG, which activates a series of immune effects, including the priming of T cells for proliferation and action. A second element is a small interfering RNA molecule, or siRNA. This component of the vaccine selectively silences a gene called STAT3, which cancers co-opt to suppress immune defenses in and around tumors.

Experiments showed that injecting the nanoparticles into one tumor site generates a systemic anti-tumor immune response against tumors at other sites.

It works like this: After injection into the primary tumor, CpG triggers a pool of cancer-recognizing immune cells that prime T cells to target the cancer based on its antigens – that is, specific molecules that make cancer cells stand out from normal cells – while STAT3 siRNA negates the immune-suppressive environment in tumors. The activated T cells multiply and circulate in the bloodstream, attacking cells with the same cancer antigens wherever they are located in the body.

By using patients’ own tumors as the supply of tumor antigens to generate antitumor immunity, this approach eliminates the costly and time-consuming process of identifying tumor antigens, generating and incorporating them into a vaccine formulation. The researchers said they are the first to use these cargos on nanoparticles to trigger tumor vaccination. They call the nano-therapeutic vaccine AIRISE-02 (an acronym for augmenting immune response and inhibiting suppressive environment of tumors).

The vaccination shrank both treated and untreated tumors and prolonged survival of mice implanted with melanoma tumors – evidence that local injection induces a systemic anti-tumor immune response. The researchers found no trace of AIRISE-02 in the distant tumors, but the immune profile in the untreated tumors was desirably altered.

Using the same mouse model of melanoma, the researchers compared the effect of immune checkpoint inhibitors alone or in combination with AIRISE-02. “With the check point inhibitors alone, none of the mice survived past 40 days,” Yantasee said. “Combined with our vaccine, 63 percent of the mice became tumor free for over 17 months and newly transplanted tumors never grew out.”

“We still have to see how well it works in humans,” Yantasee said. PDX Pharmaceuticals, a startup company headed by Yantasee, is seeking regulatory permission to start human clinical trials. First it must complete toxicity studies and good manufacturing practices, which require additional funding. The company will be awarded about $2 million from the National Cancer Institute’s Small Business Innovation Research program, or SBIR.

So far, no toxicity problems have emerged during testing in mice and in monkeys, Yantasee said. Injection directly into tumors limits drug exposure in the rest of the body, which should reduce toxicity and avoid the regulatory hurdles that have to be cleared when delivering therapeutics systemically, she said.

The researchers believe that AIRISE-02 could be used in the treatment of many different kinds of cancer, including breast, melanoma, head and neck cancer, cutaneous lymphoma, and other cancers accessible to local injection.

This research was funded by the Wayne D. Kuni and Joan E. Kuni Foundation, National Cancer Institute grant R44CA217534, National Center for Advancing Translational Sciences grant R43TR001906, the OHSU Knight Cancer Institute’s Hillcrest Committee Pilot Award, and the OHSU Center for Women’s Health Circle of Giving Award. Research outcome and reports are solely the responsibility of the authors and do not necessarily represent the official views of the NIH and other funders.