OHSU Doernbecher has a distinguished record for removing some of the most difficult tumors faced by pediatric neurosurgeons. One of the toughest, a rare tumor called craniopharyngioma, is tucked deep in the center of the head, between the carotid arteries emerging from the skull base, the vision nerves, the most sensitive areas of the base of the brain, and the brainstem (see photo 7a).

Our novel report of using a newer skull base surgical approach in children to remove craniopharyngiomas, while preserving visual function at record high rates, was highlighted on the cover of the leading Journal of Neurosurgery: Pediatrics in 2009.

Now, for some smaller craniopharyngiomas, an even newer, more innovative approach is available at OHSU Doernbecher: extended endonasal endoscope assisted skull base craniotomy. Using an endoscope, we enter the skull base through the nose and remove the tumor minimally and completely. Remarkably, this transnasal surgery leaves no scar at all.

Recently we used this to approach on a large and dangerous tumor in a 14-year-old child. Resection of this tumor may be the highest technical challenge in neurosurgery, particularly when the tumor is large, calcified and solid, as it was in this case. These rare tumors are most commonly taken out through the head via a craniotomy, and even in the few institutions that do transnasal surgery, tumors this large and difficult are rarely approached.

We are delighted to report that our patient had a total resection without any additional brain or vascular injury. The Oregonian chronicled his journey in a June 9 feature article.

The neurosurgery team at OHSU Doernbecher is not satisfied with the status quo. The very best care and greatest outcomes for patients result from a continual striving to improve and innovate, while following the highest standards of diligence and safety. 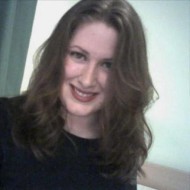 Anne Bell-Fysh is OHSU's social media specialist. You can connect with her via email at socialmedia@ohsu.edu.

3 responses to “Tackling the toughest tumors”