Seizures are electrical storms that sweep across the surface of the brain, or cortex. The repeated occurrence of seizures is called epilepsy. According to the Centers for Disease Control and Prevention, epilepsy affects 2.2 million Americans, including hundreds of thousands of children. 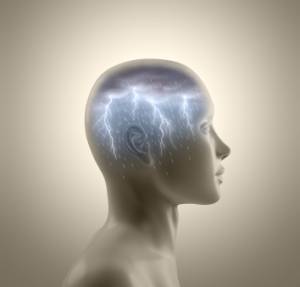 Epilepsy is a damaging and dangerous disease in children for many reasons:

Surgical and computer technology offer a new and very effective treatment for children with epilepsy who respond poorly to medications: vagal nerve stimulation.

The vagus carries information to and from the brain and the various organs in our bodies (such as the heart, lungs and intestines). Electrical stimulation of this nerve excites centers in the brainstem that in turn ‘quiet’ the excitability of widespread areas of the cerebral cortex. Researchers discovered this property of vagus nerve stimulation by accident, and introduced it as a therapy for seizures in the 1990s.

The pediatric epilepsy center at OHSU Doernbecher is the only accredited full service epilepsy center for children in the state. The center is also one of the most experienced in the country at using vagal nerve stimulation in children, from as young as 3 months of age.

In the last 10 years, more than 300 vagal nerve stimulation devices have been implanted at OHSU Doernbecher. During the procedure, surgeons wrap a tiny electrode around the vagus nerve in the neck and connect it beneath the skin to a tiny generator pack just below the clavicle (much like a heart pacemaker device).

Although vagal nerve stimulation is not a cure for epilepsy, it often helps dramatically in the most difficult cases, and those in which medication has largely failed.

In a recent OHSU Doernbecher study published in the Journal of Neurosurgery Pediatrics, we report success rates of greater than 90 percent. The OHSU Doernbecher experience also documents excellent responses in children younger than 12 and in children with some forms of generalized epilepsy, many of who are traditionally denied care using this device.

Most important to the success of our patients are the terrific doctors and nurses who participate in the program and who have dedicated their careers to stamping out the ill effects of epilepsy in children. These include specialist pediatric epileptologists like Drs. Colin Roberts and Carter Wray, some of the most highly trained and compassionate pediatric epilepsy specialists around.

One of the most rewarding aspects of my day-to-day work is serving as the surgeon for the OHSU Doernbecher pediatric epilepsy center and working with these terrific and dedicated specialists.

2 responses to “Interrupting storms in the brain”