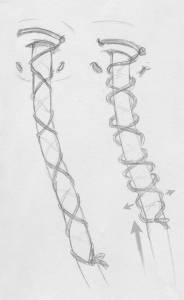 One of the true challenges of neurosurgical care is that small details can have a big effect. In short, the central nervous system is one of the organ systems in the body least tolerant to irritation, injury, infection and other ill effects.

While I was training in general and then pediatric neurosurgery, I was troubled that despite careful attention, very delicate and important drains in the fluid spaces of the brain sometimes fell out. This often happened at night, required an additional procedure to replace the drain, and in the worst cases caused a temporary leak of cerebrospinal fluid (CSF) out of the drain site, resulting in infection. In some cases, with small fluid spaces, called ‘ventricles,’ replacing the drain could also be tricky and involved a small but important amount of risk.

So, throughout my career, whenever I worked with a new colleague (resident, fellow or faculty member), I paid careful attention to details of how they liked to secure their CSF drains. I asked questions. I made notes.

When I started as the head of pediatric neurosurgery at OHSU Doernbecher Children’s Hospital, I combined what I found to be the best tricks and techniques into a very systematic way of stitching in CSF drains. I stuck with it. I taught every one of our residents how to do it, and I insisted they use my system.

The method spread within our department, but no further.

That was until 2011, when a senior and respected colleague of mine wrote me an email from Africa. He was running a neurosurgical service at a mission hospital in one of the poorest countries on earth. He had very little nursing support. His drains fell out all the time. His nurse practitioner had years before worked at OHSU Doernbecher. She mentioned to him that our drains “never fell out.” He did not believe it, but he sent me the note.

I told my friend how I do it. A month later, he sent another note. Not a single drain had fallen out. He insisted I describe the technique as an official scientific report. Moreover, he recommended that I send it to our top ranked journal. I wrote back to him complaining that this was just a curious way of securing a drain stitch. I would be a laughing stock for trying to publish a scientific paper on that. But my friend reminded me that scientific papers are there to improve patient care, and that drains falling out may not be fancy science, but are a real problem harming children literally all over the world.

So Nathaniel Whitney, M.D., one of our terrific OHSU neurosurgery residents, and I wrote the paper. With help from our world-class medical illustrator, Andy Rekito, we included detailed diagrams showing how to do it.

To my surprise and delight, the Journal of Neurosurgery:Pediatrics accepted the paper immediately.

My friend soon sent a wonderful congratulatory note and thanked me for following through. He deserves thanks for a suggestion that did not occur to me, and for keeping a sharp eye, as he always doe,s on the welfare of our patients and new ways to promote it.

A month later, I got another wonderful note about this project. A friend and colleague in the Midwest, another pediatric neurosurgeon with whom I used to work, saw his resident tying in a drain exactly as I do it. He asked the resident who taught him that. “I just read it in the Journal of Neurosurgery,” was the answer.

Helping children in Oregon and Southwest Washington is Doernbecher’s primary mission. By working with our colleagues around the world, in this case from Africa to Minnesota, we also strive to advance the welfare of all children.