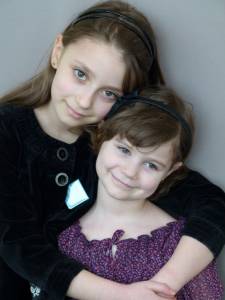 StoryCorps’ mission is to celebrate and honor one another’s lives through listening; they have recorded close to 100,000 interview pairs throughout the United States, all archived in the Folklife section of the National Library of Congress.

The Doernbecher project, Voices of Childhood Cancer, was conceived to honor the lives of those touched by childhood cancer, to preserve their stories for history, and to inspire others who listen.

Patients and family members were paired with other patients, siblings, parents, and friends, and they came from as far away as Baker City, Ore., to participate. 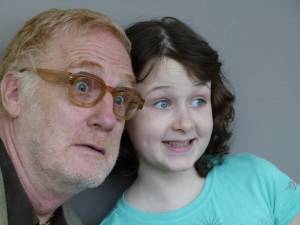 Other interview pairs included two mothers whose boys had died of cancer, a 13-year-old leukemia survivor and her creative arts coach, the parents of a 12-year-old transplant recipient, and the mother and 16-year-old son whose daughter/sister died of cancer nine years earlier.

A young cancer survivor interviewed her older sister and their parents interviewed each other.

Two 10 year-old cancer survivors, both in the same class at school, talked to each other, as did two teenage patients not previously acquainted, as well as a patient and her good friend. 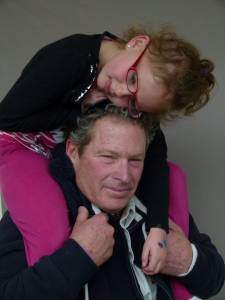 Wrapping up the weekend, two grandparents shared their story about their granddaughter’s cancer experience.

All participants received a CD recording of their conversations, and each recording will be archived for history. StoryCorps will edit a few of the recordings into poignant vignettes for Doernbecher to use and share, and all of the interviews will be archived in the Library of Congress, and considered for the StoryCorps broadcast on National Public Radio. Participants were photographed after each recording.

One sibling remarked that his conversation will shape him in a way he had not anticipated. A teenage survivor stated she chose to participate so people listening to her story would learn that cancer “shouldn’t be a label”.  An oncology fellow in training interviewed a bereaved father and commented: “That was one of the most grounding conversations I’ve ever had.” 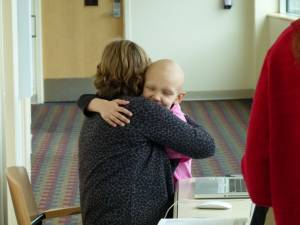 Another three-day recording session is scheduled for July.

For the OHSU Doernbecher staff involved in its design, the project gives us a chance to embrace the humanism in our work.