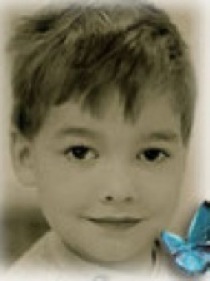 It was the phone call that no parent wants to get: “Max has leukemia and we think it’s a rare form,” said the doctor. I was getting a haircut and had to leave the salon immediately, not sure if I would vomit on the sidewalk or pass out. I was in a fog the whole drive home, tears flooding my eyes. The normally short drive home took forever. I needed to hug my boy.

Max was 7 years old. Less than a month before his diagnosis, he received a clean bill of health from his pediatrician at his well check-up, with the exception of a few urinary issues for which we were referred to a pediatric urologist. Test results revealed that Max’s spleen was enlarged, and the urologist handed us a business card and asked us to schedule an appointment with another physician.

When I called the next day, they answered the phone: “Pediatric Oncology/Hematology Group.” I almost hung up, thinking surely I must have dialed the wrong number. How did urinary problems lead to cancer? I felt sick to my stomach. This must be a mistake.

Max was admitted to the hospital immediately for an array of blood work and a bone marrow biopsy from his hipbone. The doctors had already ruled out the most common form of leukemia, ALL, or acute lymphoblastic leukemia, which has a 90 percent cure rate. How badly we wanted it to be ALL. Preliminary test results came back and his diagnosis was AML, or acute myeloid leukemia, with myeodysplasia, a disease more commonly found in adults. The once-hoped-for diagnosis with a 90 percent cure rate was now one with a 40 to 50 percent cure rate: AML. I remained optimistic, thinking we had a 50/50 chance of beating this.

Max started his chemotherapy treatment immediately. We got second and third opinions to confirm that his treatment was the best approach. All doctors confirmed that Max’s treatment was standard protocol for his age and disease. Yes, we were on the right course for recovery.

Max received two rounds of chemotherapy to put his leukemia into remission and endured bone marrow aspirations, a painful procedure requiring full anesthesia, after each round. We knew that ultimately he would need either a bone marrow or cord blood transplant for a full recovery.

Max did recover enough to receive his cord blood transplant but because he was without an immune system for so long, he developed other infections and his fungal infection came back with full vengeance, taking over his body. Tragically, our brave warrior lost his battle on Feb. 15, 2001. In seven short months, Max went from being a healthy, thriving young boy to an angel.

In the years that have followed, Max’s passing, many blessings and gifts have occurred. In 2010, in Max’s honor, my husband, Chris, and I cofounded the Blue Butterfly Campaign, a nonprofit that funds research for childhood acute myeloid leukemia research to find better, less damaging treatments so someday no other child will need to suffer from this awful disease. We want the standard protocols that doctors follow to be replaced by more targeted treatment plans that are specifically tailored to each child’s biology, ensuring the best chance of survival.

Blue Butterfly Campaign is excited to be funding the research of OHSU Doernbecher Children’s Hospital’s Peter Kurre, M.D. His revolutionary work involves studying a technique that will allow children to have simple blood draws to detect leukemia in their body, instead of the standard, invasive and painful bone marrow aspirations that are currently being used. According to Dr. Kurre, this will not only be less painful, but much more effective in identifying any reoccurrence of the leukemia at very early stages. This, in turn, will allow doctors to prescribe less aggressive forms of treatment, increasing survival and decreasing the horrific side effects of harsh chemotherapy.

Tragically, leukemia is now the leading cause of disease and death among children and is shockingly underfunded. The Blue Butterfly Campaign is designed to change that!

Join us on Friday, Sept. 12, at 6 p.m. for the Blue Party at Oregon Golf Club, a fundraiser to benefit Dr. Kurre’ s research. Tickets are available at www.bluebutterflycampaign.org