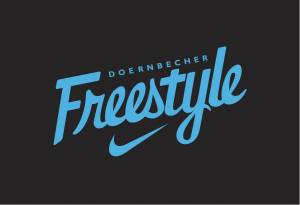 Being nominated and selected to work on the Doernbecher Freestyle collection is a once-in-a-lifetime experience – both for our patient-designers and for the Nike employees chosen to be involved in the program. We sat down with some of folks who helped make this year’s collection magic happen to see what their experience has been like thus far.

“I was ecstatic [when I found out I had been nominated]. It’s probably been one of the best experiences I’ve had so far. I’m from the area, so I’m familiar with Doernbecher and I was really excited to be able to work with a program that benefits the hospital. What they do is amazing – this is the highlight of my year.”
–Megan Collins

“I had heard about the program beforehand, and I was so excited!”
–Jonathan Johnsongriffin

On working with the patient-designers:

“For this project, it was all about John and what he wanted. He already had his ideas – he was excited and knew what he liked, so it was easy for us as a team to grab material and get this whole project together. His message is ‘stomping out Crohn’s Disease,’ so that was a big part of the messaging behind the shoe. When we showed him the initial sample, he had a big smile on his face – that was really gratifying for me and for our team. John has been a real trouper; he has a quiet strength to him and I learned a lot about him from how he dealt with this whole process.”
–Andrew Winfield

“It’s been amazing working with Lizzy. I guess the word I would use to describe Lizzy is ‘particular.’ She’s confident, very sure of herself – she knows who she is and what she likes. It’s been great to see self confidence in someone so young. I was lucky enough to go out to The Dalles to hang out and watch Lizzy’s dance recital, where I saw her perform with girls a year older who practice three times as much as her. She was holding her own – she’s obviously a real talent! Seeing the context of her inspiration was really helpful for this project.”
–Hingyi Khong

“Emory was great! When we were briefed on her design inspiration, we knew we’d never have a chance to do something like that again. She’s such a sweetheart and she has such a fire inside of her. She’s just amazing. Seeing that smile – that makes it all worth it.”
–Megan Collins

“Jacob is such an inspiring kid; I felt very fortunate to be paired with him. He has really amazing taste and sense of style – it was a dream to work with him. He kept asking our team, “Why are you guys so awesome?” Giving us the motivational speech! He’s the sweetest kid, and he’s super smart. He has a very bright future in front of him.”
–China Hamilton

“Kian kept us on our toes! He really loves shoes, and he picks up on every little detail. Every time I come see him, I make sure I wear something cool – he’s like a little sneaker head. He knows so much about shoes and was naturally curious about the design process – his curiosity made me more excited to work on the project. We were able to bring his story to the shoe, and getting that story out of him was really interesting. Throughout the process you can see how hard he’s had to fight. Hopefully this project and this shoe will inspire people to win the day, every day.”
–Jonathan Johnsongriffin

Why the Doernbecher Freestyle program is so special:

“Overall it’s a project we can really connect to that’s different from our everyday tasks. It’s kind of a different feeling than just creating a product – you create connections with the family. The program is something you can really get behind, something you’re proud of (in an entirely different way) when it’s finished.”
–Hingyi Khong 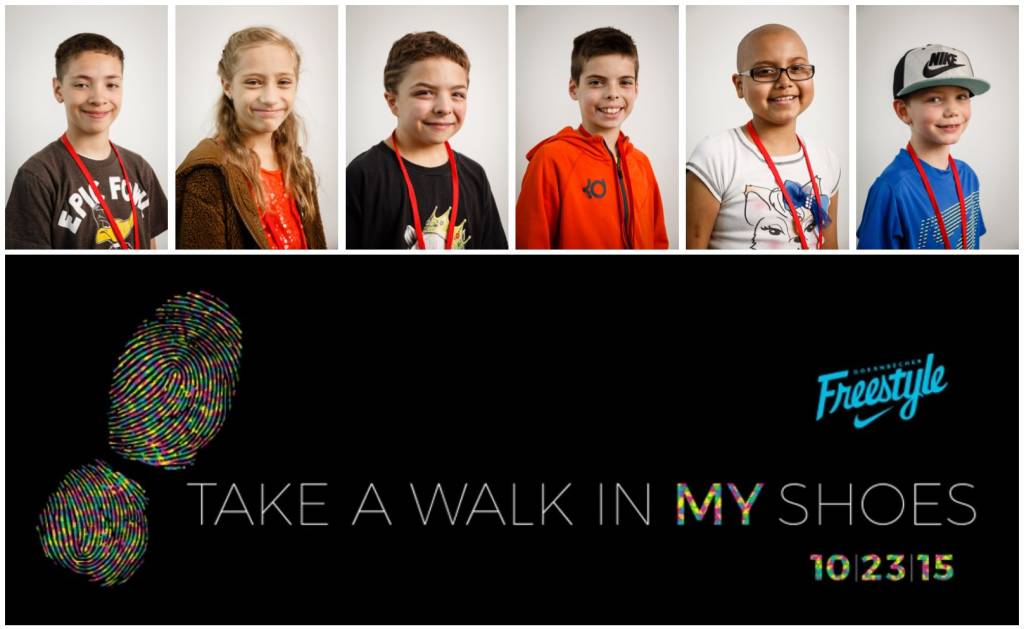 Learn more about our incredible Doernbecher Freestyle patient-designers here, and read a blog post by Nike graphic designer Carson Brown, who worked with Isaiah, here. We hope we’ll see you at this year’s collection reveal and auction on October 23!